‘Let us develop our industry’

With some organisations calling for the Fertiliser Subsidy Programe (Fisp) to be stopped six years after it was introduced, Civil Society Agriculture Network (Cisanet) national coordinator Tamani Nkhono gives an insight into the fertiliser subsidy programme to PAIDA MPASO.

Q: What is Cisanet’s view on the Fertiliser Subsidy Input Programme (Fisp)?

A: In general, Fisp was a brilliant idea. All of us have seen the benefits it has brought to this country in terms of ensuring the availability of food at a household level. Most rural smallholder households that were not able to procure inputs such as fertiliser and seed have been able to access these through Fisp.

Additionally, the Fisp has also contributed a lot to the economy in general. Over the period the programme has been in place, we saw an impressive growth of the economy, reduction in poverty levels, a stable inflation and many others. So, initiating Fisp was a gamble worth taking.

Q: But where did it go wrong with Fisp?

As Cisanet, we feel things started going wrong around 2008 when the programme became highly politised; when we saw contracts being given to those connected to the ruling elites, distribution of inputs and even identification of beneficiaries was politically influenced. We saw people who were not supposed to benefit from the programe getting the coupons. This trend, which was set after the 2009 general elections, continued up to today.

This year, with the change of government, we expected to see some sense being put into the whole programme, but instead, we have experienced one of the worst managed programmes.

There was a redone of the tendering process which gave some of us some hope, but it was just a change from the former ruling party loyalists to the current ruling party royalist being given the contracts. This has also led to a compromise in terms of quality of inputs, timelines of deliveries and rampant theft. There has also been an additional lot of fertiliser being procured against that which was budgeted for under directives from OPC to additional 44 000 beneficiaries. As Cisanet, we don’t know who are these additional beneficiaries, which areas are benefiting and which budget lines are being used to procure this additional lot. It is disheartening to hear that government is giving fertiliser to church leaders, members of the ruling party youth wing when genuine beneficiaries still have coupons which have not been used due to lack of inputs. For sure, somebody who is responsible enough must put all these to a stop.

Q: Should Fisp be continued?

Cisanet feels Fisp should continue, but it needs to be restructured so that the resources should be well used. Currently, Fisp is taking up a lot of money with little or no results shown, which is very bad and too expensive for this country.

Q: But some organisations are saying that Fisp should be phased out as it is not benefitting the poor, what do you say?

That was the initial thinking, but Fisp had two objectives, it was meant to increase food at household level for smallholder farmers and increase household income. Once this had increased, the smallholder farmers would then afford their own fertiliser. But as it stands now, the issue has become so much politicised and that is why there are these calls. But if this programme is to be phased out, there is a need to have an alternative.

Q: For how long can our economy sustain Fisp?

It will be difficult to sustain it because it has become politicised. The best we can do is to strategise and make sure the programme benefits the intended people.

As a country, we have to be careful with this; reducing the price of bag of fertiliser and open for people to buy could be tricky. We have to understand the concept behind this and maintain at giving an opportunity to small holder farmers to benefit. If we let, say reduce the price of fertiliser and one up the system, we should realise that we are not only giving the opportunity to our small farmers but also to those in the neighbouring countries as the country does not have national identities. In addition, smallholder farmers might not benefit from this programme as many are poor. Other people might also argue that, we should use farmer clubs, but what they are forgetting is that our farmers clubs are not as strong as those during the Kamuzu regime.

Q: Can our economy effectively benefit from agriculture?

If this country is going to develop, then it must radically diversify its economy. Agriculture is very good as it helps in ensuring food security and food self-sufficiency. Agriculture also helps quite a lot if the country is going to ‘take off’ economically. However agriculture, especially the way it is being practised in Malawi, cannot help to develop this country. I don’t know of a country world that is a middle or higher income solely because of agriculture, especially smallholder agriculture. What we need to do if we are to reap more benefits from agriculture is to develop our industry so that value is added to the produce for exports. This will help in creating more jobs for smallholder farmers and in the process also help in freeing some of the land for large scale and mechanised farming. Most of the investment being done in the agriculture sector is towards production and consumption and very little on value addition.

For instance, the Fisp had an initial budget of about K40 billion, representing over 60 percent of the agriculture budget, but none of that went to value additional initiatives. This type of arrangement makes our agriculture to be stuck in smallholding and subsistent and we should not expect much from that. Government also needs to invest quite a lot in education, energy and infrastructure. Most people are stuck in smallholder farming because they did not go far with education. The market infrastructure could help in facilitating marketing of agricultural produce which could also help in lifting the smallholder farmers out of poverty.

Q: Is there a long term solution, in terms of policies, that Malawi needs to adopt to improve its agriculture?

I think this country has already a number of good policies though implementation and policy harmonisation is always a challenge. However, if agriculture is going to be the driver of this country’s economy and meaningfully contribute to the economic growth of this country, then we must think quite a lot in terms of development of value addition to our produce for exports. There are a number of value chains that have not been explored and developed.

The export strategy has also put in place a number of good ideas as to how we can increase our export base, but unless we put in place good plans to operate this strategy, it will be another paper gathering dust in our offices and we go about business as usual. 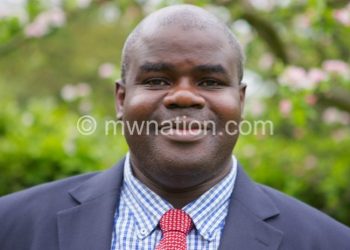 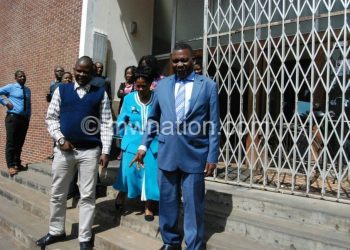