From music to chieftaincy

Ben Mankhamba, formerly known as Ben Michael, is one of the respected names on the country’s music scene. As far as traditional music and live performances are concerned, Mankhamba is a master of the trade, fusing traditional beats to create a danceable fusion. He has been in the music industry for over two decades, rendering his services to the public alongside his Zigzaggers band. He released popular hits such as Kamba Anga Mwala, Moto Moto Cassava and Moyo Wamtauni in the early millennium, apart from winning several music competitions such Malawi Gin and Kuche Kuche music trophies. But five years ago, the musician was installed Chief Chingalire in T/A Kalolo, Lilongwe where he is dedicating his time to community work. Mankhamba talks to HOWARD MLOZI:

Q: How do feel to move from being an active musician to a chief in the village?

A: Incredible! I feel honoured to be entrusted by people in my village that I can lead them. And I enjoy being a chief at the same time as a musician. My new role as a chief complements my life-long desire to paying back to my community as someone who has made a name in music circles.

Q: What excatly is it that you are doing in the village?

A: I have opened a teaching and learning centre called Chingalire Growth where I am helping communities, especially children and women to access education through literature and empowerment programmes such as community work.

The idea is to improve their understanding on various issues such as importance of child education, personal and community development and topical issues such as climate change, poverty, HIV and Aids which are affecting them in one way of the other. The centre has several activities such as tree planting, sports, reading sessions, arts. It benefits over 300 children, young people and women from surrounding 14 villages.

I also utilise my skills and knowledge I acquired from the time I was working with different NGOs to teach the children.

Q: Where did you draw your inspiration to open this centre?

A: Illiteracy levels which result in vulnerability and intergeneration poverty are high in my area. Most young people drop out of school and being exposed to poverty, child marriage, HIV and Aids and other hardships. Sometimes it feels bad to realise that you are the only person who has managed to live in Blantyre in the whole village due to illiteracy or poor access to education which confines people to the village. So, I want to help to break this barrier so that my area can start producing informed members who can send their children to school and take an active role in community development and decisively respond to issues that challenge them.

Q: What is the vision driving you?

A: I want to see empowered people, especially children, in my area who will be able to utilise knowledge to transform their lives and our community as a whole.

Q: Where do you funding to run the centre?

A: I use the little that I get from music performances to run the centre. I have also friends from Kuwait and German that also support me. But we do not have stable source of funds.

Q: Do you see yourself singing actively again?

A: I rarely organise music shows. The ones that I partake happen to be those organised by others. But I do not see myself bouncing back into active music because I have decided to spend much of my time with people in the village so that I can impart the knowledge I have acquired for a long time. I also believe that I have done my part in music and this is time to pave way to the new blood to their part too. I want to help creating the Ben Michaels of tomorrow because I also offer arts lessons to children.

Q: What are your future plans for the growth centre?

A: I want Chingalire to develop into a big centre which will be able execute huge developmental programmes for the benefit of the communities, children in particular. I would also like to open Ben Michael Forestry cuisine where people could be coming to eat and appreciate nature. n

Morgan Heritage’s sins are forgiven, but… 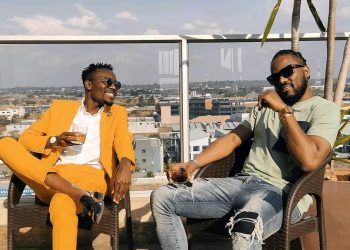 Morgan Heritage’s sins are forgiven, but…