About 23 500 refugees at Dzaleka Refugee Camp in Dowa are facing food shortages as World Food Programme (WFP) has a funding shortfall of about $2 million (about K1.4 billion) for the next 12 months.

Malawi is facing its worst food shortage in recent years with about 2.8 million people requiring food or cash nationwide.

The poor harvest in 2015 was caused by floods which took place in most districts in the Southern Region rendering people destitute and in need of food assistance.

WFP has since started reducing rations to the refugees and even suspended provision of some of the items such as beans, cooking oil and maize, which is being provided at half the planned amount.

Stocks of a special nutritious food given to children, pregnant and breastfeeding mothers were depleted in September last year and, instead, WFP is providing a corn soya blend flour to the refugees.

In a joint press release issued on Tuesday by WFP, United Nations (UN) Women, UN High Commissioner for Refugees, the refugees— especially pregnant women and children—are in danger of malnutrition as they are only getting 40 percent of the recommended minimum daily kilocalories.

WFP representative for Malawi, Coco Ushiyama, said reducing rations to the refugees was a last resort considering that budgets were tight at a time of high food security challenges in the country.

“At a time of high food security challenges in Malawi, we realise budgets are tight, but we can’t forget those who have nowhere to turn,” she said.

Apart from the UN agencies, Ministry of Home Affairs and Internal Security, through its principal secretary Beston Chisamile, has also appealed for assistance to enable Malawi to continue meeting its international obligations and ensure that refugee families do not go to bed hungry.

Dzaleka Refugee Camp has been host to refugees mostly from Burundi, Rwanda, Ethiopia and Democratic Republic of Congo apart from asylum seekers who recently arrived from Mozambique. 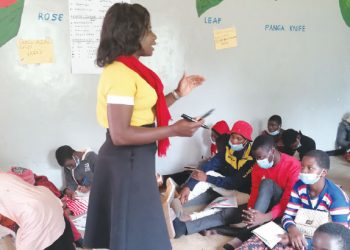