The reporting sessions at Bingu International Convention Centre in Lilongwe yesterday ended in a nightmare for some controlling officers and heads of Covid-19 clusters after the Task Force rejected several explanations on the matter.

The media was not allowed into the meeting, but several delegates to the closed-door sessions confided in The Nation what transpired in the day.

“Some have been turned back to redo their presentations and come again to present tomorrow [today] because they don’t make sense,” said a source who attended the meeting.

Presentations made yesterday included those from ministries of Health, Local Government, Education and Information, Malawi Prisons and Malawi Defence Force.

But the Task Force has kept under wraps details regarding what transpired in the meeting that ended around 8.30pm.

In an interview, Kazako said the session was not a road show, but a serious process.

He said: “This is not a PR exercise. We don’t want to show people that we are doing something. We are going to be just about this. We will come back to Malawians when everything is done.

On her part, Chiponda, who is also Minister of Health, said the Task Force will submit a report to the President after reviewing all presentations. She added that it was too early to conclude whether there was abuse.

In his fifth weekly National Address on the War on Covid-19, the President on Sunday warned that he will fire, within 48 hours, any controlling officer or cluster heads who fail to account for the K6.2 billion Treasury released last August for the Covid-19 fight.

“Make no mistake: Any cluster that either fails to account for the

The President’s visibly tough stance on the K6.2 billion expenditure reports comes against the background of speculation in the court of public opinion that the funds were abused by some public officers.

The speculation comes after Chakwera had earlier presented an expenditure breakdown that, among other things, indicated allocations for meetings and other items critics felt were not a priority.

The Department of Disaster Management Affairs (Dodma) has in past weeks refused to entertain requests from individual journalists and media houses, including Nation Publications Limited, demanding information

using the Access to Information law on various expenditures.

Reacting to the developments surrounding the K6.2 billion, the Budget and Finance Committee of Parliament expressed disappointment with government’s delays to release a detailed account on how the Covid-19 response funds were utilised.

Speaking in an interview yesterday, the committee’s chairperson Gladys Ganda faulted government for releasing an extra K17.5 billion for Covid-19 response when the first K6.2 billion was yet to be reconciliated.

She said: “What the Tonse Alliance administration is doing is disappointing because Malawians hoped things will be better in the management of resources.

“If the K6.2 billion Covid-19 response funds cannot be accounted for, one wonders how the huge K160.2 billion Affordable Inputs Programme funds were managed.”

Ganda, a Democratic Progressive Party legislator for Nsanje Lalanje Constituency, cited the private citizens Covid-19 response initiative led by two Malawians in Diaspora Onjezani Kenani and Dr Thandie Hara which has collected over K170 million as a model of detailed accountability for funds.

She also blamed Parliament for laxity in the Covid-19 situation by suspending meetings when other arms of government such as the Executive and the Judiciary are executing their duties.

On January 17 2021, the President told the nation that his administration had in August 2020 released K6.2 billion for combating the pandemic 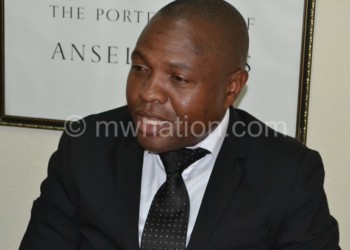