by Staff Writer
in Political Index Feature
7 min read
0
Share on FacebookShare on TwitterShare on WhatsAppShare on LinkedinLinkedinShare via Email
If you spend time thinking about Malawiâ€™s political past, you tend to see todayâ€™s events differently than you would if you were consumed by the passions of the hour. Consider the quick change of political events in the country.


The â€˜go to hellâ€™ tone from State House is now a thing of the past, the neighbourâ€™s and donorsâ€™ lost goodwill is returning, queues are slowly easing and Malawi Broadcasting Cooperation (MBC) is now playing Lucius Bandaâ€™s songs. The list goes on.

These events symbolise a sharp break from how things were done just months ago.

The temptation these events breed to those experiencing them is a feeling of hope.Â  The feeling that President Joyce Bandaâ€™s administration will be differentâ€”that it will restore and sustain the democracy that previous regimes worked so hard to destroy.

But history does not agree. In Malawi, presidents share quite a telling leadership graph. They all begin their leadership by building what their predecessors had destroyed and end it by re-destroying whatever they built.

The graph is quite persistent; almost a template that dictates how the countryâ€™s leaders govern. And it is this graph that is responsible for the cycle of retrogression our democracy is struggling to break.

The question is: What is it in the countryâ€™s political system that sustains this cycle of democracyâ€™s retrogression? There are a number of them, but some stand out.

Chiefs are pivotal, quite decisive figures among the societies they lead. They do not just command respect and loyalty; every word they utter is law. It is faithfully believed and followed without question.

Unfortunately, Mwaseâ€™s case is quite an orphan in history. Different epochs of history records how chiefs, instead of protecting, turned out predators of their own people by defending the powerful.

During pre-colonial times, they were notorious in aiding slave trade. Their notoriety was consistent even during the colonial period when they were co-opted into the colonial oppressive regimes. They supported, wholeheartedly, Dr. Kamuzu Bandaâ€™s 31 years of dictatorship.

Their conduct even spilled to democracy. Instead of defending constitutionalism, chiefs have been on the lead supporting undemocratic tendencies of sitting presidents.

In doing this, chiefs argue that they are obliged by law to support the government of the day. But Chancellor College law lecturer Dr. Mwiza Nkhata, argues otherwise.

â€œThe Chiefs Act is a 1967 law that has had some amendments over the years, but with no substantial alterations.

â€œUnder the Act, functions of a chief are listed in Section 7 and include, among others, preserving public peace and assisting in the general administration of the district in which they are located. The Chiefs Act does not provide much guidance on how chiefs must relate to a government in power,â€ he says.

Until this Act is revised, with chiefsâ€™ roles clearly spelled out, traditional leaders will continue, under the pretext of supporting government, taking the lead in sustaining the cycle of retrogression of the countryâ€™s democracy.

Party financing is an area rarely debated in public, yet its impact on democracy is pivotal. Section 40 (2) of the Constitution provides for State subventions for political parties that have amassed not less than 10 percent of national votes.

But, as argued by Humphrey Mvula, United Democratic Front (UDF) director of research, the funding is not enough. So, which other sources do parties turn to get finances?

This is where political party financing is quite crucial in democracy. Over the years, people have bemoaned the tendency of the countryâ€™s political parties to revolve around those that began it.

For instance, despite bowing out of active politics, Bakili Muluzi is still being blamed for causing chaos in the party. Today, despite winning a landslide victory in 2009, MPs are running way from DPP just because its founder, Bingu wa Mutharika, is dead.

What is it in the founders? The answer is funding. The founders, using their influence, are either sole financers of their parties or they are the ones with keys to other financiers.

According to Michael Jana, a political scientist, such a tendency is the reason personality cults will not die in Malawiâ€™s politics.

â€œWho can challenge a partyâ€™s sole financier? If left poorly regulated, political party financing will remain an area of unfairness, corruption, patronage and illegitimate policy influencesâ€”defeating the whole purpose of political parties in a democracy.â€

Democracy is lifeless; it hardly makes decisions. It is politicians who make decisions; decisions that, in the end, give democracy a good or bad name.

Unfortunately, the ways of Malawiâ€™s politicians have been quite acidic to democracy. Through their masterly of politics without principle, they hardly hold on to a particular standpoint.

Even worse, they are the group of politicians who poison incumbents with nothing but a litany of political lies to protect their personal interests.

The more these political â€˜prostitutesâ€™â€”without virtues and principlesâ€”take a centre stage in the countryâ€™s politics, the more persistent the cycle ofÂ  Malawiâ€™s democracy will remain.

Section 12 (iii) of the Constitution is clear on how those with power should govern.

â€œThe authority to exercise power of State is conditional upon the sustained trust of the people of Malawi and that trust can only be maintained through open, accountable and transparent government and informed democratic choice.â€

The â€œsustained trust of the people of Malawiâ€ is the key word here, which means, if it elapses, the people have the right, using their freedoms enshrined in the Constitution, to demonstrate and make demands that are within the law.

In other words, in democracy, power lies in the people; the leaders are servants. As such, people need not be passive about how they are governed. They are supposed to take an active role, holding the leaders accountable.

However, when people remain silent in moments where they are supposed to speak, they, in their silence, help to sustain, the cycle of our democracyâ€™s retrogress.

Benson Tembo was a Malawi Broadcasting Cooperation (MBC) director general in 2003 when Malawians expressed displeasure at how yellow the State broadcaster had turned. Today, he is back at the station to lead. With the impact MBC has on the public, what moved President Banda to bring the man back to the helm?

This is where the problem of the presidentâ€™s enormous power begins.

To safeguard democracy, framers redesigned the nature of how power should be organised, exercised and shared. They abhorred the idea of power being concentrated in one person.

As such, they did not only limit presidential terms to two but also created institutions to safeguard democracy.

Among others, they include the Malawi Human Rights Commission (MHRC), the Electoral Commission (EC), the independent Legislature and Judiciary, the strong opposition, the police, the Anti-Corruption Bureau (ACB), the media and the civil society.

However, the present is always in the lead in appointing bosses of these institutions.

â€œDespite having the limited terms of office, it can be argued that the Constitution vests extensive powers in the President, who is head of State, head of government and commander-in-chief of the armed forces,â€ reads the findings in part.

Their insights are well augured by an article titled The Big Man Syndrome, written by political scientist and researcher Diana Cammack.

â€œIn â€˜hybridâ€™ states where neo-patrimonial politics are the norm; there is by definition a weak legal regime. In such states, the constitution, rules, laws, and behavioural norms may be well articulated, even written down, but they are weakly applied,â€ she writes.

â€œThey are sometimes â€˜capturedâ€™ by the president through his control of the appointment (and dismissal) process, or through patronage and clientelesâ€™ practices.â€

What needs to be done?

President Bandaâ€™s government has ushered hope in the nation. The question is: Will this hope be sustained? History proves it falters with time.

To be different, Bandaâ€™s government needs to work on some of the countryâ€™s enemies of democracy. She needs to provide leadership that should break the cycle of retrogression in Malawiâ€™s democracy. 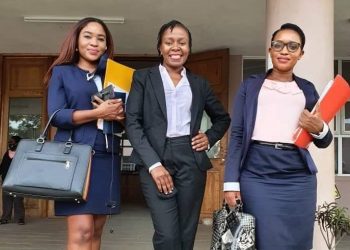