The shortage of venues in MalawiÃ¢â‚¬â„¢s commercial city, Blantyre, has made The Warehouse Cultural Centre a hive of activity when it comes to entertainment, arts and culture.

No Blantyre Arts Festival this year

Situated at the heart of Blantyre Central Business District, the defunct Malawi Railways colonial warehouse, modernised into a cinema centre in 2005, owes its popularity to its proximity to fun-seekers spread in Ndirande, Chilomoni, Manase and other populous towships.

But the ratings of the centrally positioned venue, which takes up to 1 500 patrons during performances by Black Missionaries and Soldier Lucius Banda’s Zembani Band, are falling drastically among people who do not only care about entertainment.

Some of those that also care about where they get entertained say they are put off by rampant brawls which the Black Missionaries have learnt to put out merely by singing the late Evison Matafale’s pacifying anthem Yang’ana Nkhope and scenes of theft which more than once have forced the band’s leader, Anjiru Fumulani, to halt the playlist and alert the police cops to a pickpocket in the audience.

“The place may be popular and perfectly situated, but it is becoming risky that you cannot go there with your family. Apart from acts of drunkenness and chaos, the place is a fertile ground for thieves and violence,” says a patron from the low-density Namiwawa in the vicinity.

But the fatal threat for the artists does not lie in the type of people that patronise their shows, but the dilapidated state in which most parts of the entertainment lies since 2005, when the cinema hall went up in flames.

In separate interviews, both Lucius and Anjiru declined that their stronghold needs an urgent facelift from the stage to the fence and dance floor.

The podium is always the centre of attraction at every show, the affair at The Warehouse is shaky, timber-made and tilted to the left side. Its crossbars are sunken, just as the floor is largely made of loose planks.

Whereas the Blacks on-stage leader hopes it won’t fall this year, Lucius feels it denies the artists the liberty to jump and display their thudding dancing antics as do Botswana’s Makhirikhiri, who shattered the stage at Munali in MalawiÃ¢â‚¬â„¢s capital, Lilongwe.

“We can perform on it throughout this year, but we need a better stage. I would suggest the brains behind The Warehouse should consider erecting a steel stage like the one we use at Club XL or renovate the stage to make it less shaky,” said Anjiru.

And added his Balaka counterpart: “The stage is not on. It has no lighting and the planks are loose that even my dancers can’t jump. This limits our act.”

Equally worrisome to the artists is the narrow space behind the stage. Among other things, the two crowd-pullers need more security and privacy behind the curtains where some intruders lose their hats and other valuables to sneaky thieves nesting behind the porous fence.

“We need more security backstage. It is risky to us and our property if everybody, a friend or an enemy, is allowed to enter the private space as they wish. We deserve a secure space,” said Anjiru.

Lucius suggests that the restroom backstage needs safe walls and doors, not curtains.

“Much as we have the backstage, there is no way an artist can enter the venue without being seen by the fans. This kills the excitement. As if that is not enough, there are no controls regarding the people who go backstage. That is a big problem,” he said.

However, both artists are contented that venue management is pursuing close ties with the Malawi Police Service to control the crowd. However, they feel there is need to put grass or cement slab to curb dust that whirls on the floor during the dry season -and the venue can be muddier than a doormat when it rains.

“Something should be done to get rid of the dust which affects our breathing and exposes us to respiratory diseases,” said Lucius.

Apart from state of the dancing arena, the veteran concurs with the Blacks’ lead vocalist that the renovation exercise should also include the transformation of the fence from a porous wall made of rotten timber residues to a brick lining.

“It is vital to replace zipapati (residual timber) which have outlived their span with a proper brick fence. This will improve security,” said Anjiru.

Lucius fears the fence, in its present state, cannot stand a push from less than a dozen criminal minds masquerading as fun-seekers. The venue could not pass the test when the Zembani boss and Blacks met in a concert marking the countdown to Blantyre Arts Festival in 2009.

“It’s very sad that if 10 people decided to push, it will fall,” says the Zembani boss, “This is very dangerous. At worst, it denies us our due revenue because it is easy for fans to gatecrash.”

While the artists are preoccupied with stage and audience matters, some fans fear for their lives because the walls of the gutted cinema hall are becoming more perilous with every raindrop.

The burnt brick building, built of mud mortar, have lied in ruins since they caught fire in 2005. Having endured five rainy seasons, the piece of architecture seems so soaked and likely to fall on the revellers standing on its base.

In its condition, the building has become a urinal and toilet for the venue which has two toilets.

Thom Mkorongo, who runs the venue, could not be reached to comment on the pathetic image the venue cuts in the face of protracted calls for renovations. However, he was quoted in the local press as saying the facelift is due to complications between the railways company which own the land and a businessperson who leased the place.

As early as last year, the censorship board, which also regulates venues, described The Warehouse as wanting.

Chief censoring officer Humphreys Mpondaminga said in August last year that The Warehouse, like many other venues in town, has multiple inadequacies which he would discuss with the ownership at an amicable time.

Whatever the case, The Warehouse needs a comprehensive renewal sooner than never.

“The place deserves better facilities and structures, considering that it is at the centre of the city and satisfies the leisure of both residents and visitors,” said Anjiru.

Lucius adds that the artists have been crying for change for years.

“We have already discussed with the owners that the whole place needs renovations. The place is conveniently located and its name is already big. It’s time to match the big name withÃ‚Â  good looks,” said Lucius, disclosing that incoming artists feel disappointed to see the structure behind the popular brand-The warehouse. 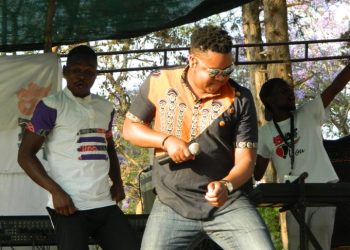 No Blantyre Arts Festival this year