From the failed Third Term bid through the Flag Change to the Injunctions Bill, cases of MPs abstaining from voting on pertinent issues brought in Parliamentâ€™s plenary are quite rampant. But when an elected representative abstains from voting, what danger does MPâ€™s right of abstention pose to the countryâ€™s democracy? EPHRAIM NYONDO discussed this with governance specialist Dr Henry Chingaipe at the sidelines of a tentative conference on democracy and institutions held last week Friday in Blantyre.

Q: Why should Malawians be concerned about the voting system in Parliament?

A: We are a representative democracy. We elect MPs to go to Parliament and make decisions of national importance on our behalf. And often, these decisions are made through a process of voting. So, anything revolving around the voting pattern and structureâ€”or the rules that govern it, should be of great concern to every Malawi. Because this is where constituents make decisions through their MP.

Q: Do you find something amiss in the way the Parliamentâ€™s voting system is structured?

In fact, over the years, we have seen a number of MPs abstaining from deciding on some of tough topics brought to the House. The question I am asking is: Does an elected representative have a right to abstention? Representation, as a political principle, is a relationship in which the elected member stands for, or acts on behalf of a larger body of people.

The representative plays a crucial role in a crucial part of State-society relations by linking the government and the governed in such a way that the views of the governed are articulated and their interest are secured. So, can a representative secure the interests of his or her constituents by abstaining from voting?

Q: What effect does abstention pose to the countryâ€™s democracy?

A: Abstention is taken to be an expression of a memberâ€™s indifference to the proposal. It may also mean that the member exercising it simply does not care about the issue that has come up for decision. However, it is hardly the case that constituents will be equally indifferent or uncaring. The constituents will always have a voice on any issue under discussion in the country.

For instance, the abstentions that MPs made on the Third Term Bill amounted to an abdication of duty by the members or reflected their incompetence to weigh issues and determine interests of their constituents.

A vote, we should not forget, reflects a decision that best reflects the MPâ€™s interest, the interests of the political party and those of constituents. However, more often than not, members tend to vote according to party positions, sometimes contrary to those of their constituents.

In effect, abstentions do not reflect indifference of members. Abstentions reduce the number of potential affirmative votes and indirectly contribute to the contrary decision. Thus an abstention is an ambiguous mechanism which means different things to different stakeholders. MPs use it to portray a perception of indifference while effectively (knowingly or unknowingly) casting a negative vote. For the public, abstentions amount to abandonment of duty and responsibility by the representatives in a manner that allows elected members to become spectators of a game they are supposed to be playing. Constituents, as a result, are denied a voice.

Q: What are you proposing then?

A: Abstentions, other than those allowed under the laws such as Section 61 of the Malawian Constitution, are incompatible with the democratic roles of elected members. Members of a legislature have not only a democratic but also a duty to vote clearly on questions that come before the legislature.

Unless the rules for interpreting legislative votes recognise possible decision outcomes, i.e. adoption, rejection and indecision, decision options for elected representatives must be reduced from three to two i.e. â€˜Yesâ€™ and â€˜Noâ€™.

Further, if the interpretation of legislative votes that is proposed is adopted, abstentions will have to cease to be a decision option for members of a legislature on proposal that fall under the majority rule.

This has the potential, not only of enhancing transparency and accountability but also of compelling representative to uphold their obligations in the social contract by constantly consulting and ascertaining the wishes of their constituents.

Q: Do you see parliamentarians adopting the proposal?

A: The power to amend standing lies with parliamentarians themselves. They may or they may not support it. If they will have to change it, it has to go through a long process. So, it is really up to them. For me, what I want is to open debate for people to discuss and express their views.

Q: What is your message to constituents?

A: They should become vigilant. Firstly, they should think of what kind of an MP they want. Do they want a trustee or a delegate? If they want a delegate, the MP becomes some sort of a stooge who just goes, sits and reports stuff like that. A trustee is someone in [whom they can entrust with] mature judgments.

My view is that when an MP is indifferent, he or she behaves more like a delegate and less like a trustee. As a trustee, his or her decision will mean, â€˜I will not voteâ€™ and that amounts to abdication of duty. 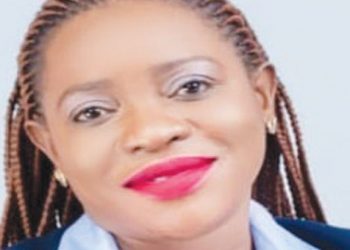