A Canaan too far

by Suzgo Chitete
in Front Page, Political Index Feature
8 min read
0
Share on FacebookShare on TwitterShare on WhatsAppShare on LinkedinLinkedinShare via Email

Tthis week, President Lazarus Chakwera and his nine-party Tonse Alliance spanned a year in power.  The rise of Africa’s first opposition leader to win a court-ordered fresh election gave hope to many that, just like he said, “a new Malawi had come”.

Chakwera rose to the helm amid growing frustration with his predecessor Peter Mutharika’s rule which tolerated corruption, impunity, nepotism and cronyism.

But  is Malawi on the path to the Promised Land of Canaan?

This is the question for many voters, who marched against Mutharika’s narrow re-election in the nullified 2019 elections.

For months, they took to the streets in protest against electoral injustice that almost preserved a regime deemed to have subjected Malawians to unbearable pain.

The pair were widely considered messiahs when they won 60 percent of the repeat vote.

During his swearing-in on June 28 2020, eloquent Chakwera spoke to the heart of many when he promised “a new Malawi” the citizenry had long yearned for.

Chakwera roared in the much-admired innaugural speech: “Today, we too have emerged from great struggle and marched our sore feet towards this moment of victory and justice .

The seasoned pastor promised to take Malawians to Canaan as Moses led the biblical Israelites.

A year on, misgivings are growing that the rise of ‘Lazarus from Malembo’ in Lilongwe may really take Malawi to the Land of Milk and Honey—if his glowing promises are anything to go by.

They may have achieved some milestones—such as activating the access to information law and  reducing fertiliser prices to K4 999—but some doubters are already counting broken promises, half-truths and lies.

Chakwera has partially fulfilled the promise to end secrecy in preference for transparency and accountability by operationalising the Access to Information Act, declaring his assets every year and taking questions in Parliament.

The regular presidential statements, including fortnightly State House briefings, have demystified the presidency so it can account to the citizenry.

However, Chakwera and his Tonse allies, including Chilima, have maintained secrecy over their financiers and what they agreed in the name of Malawians when they sealed the Tonse deal.

This has left Malawians guessing.

Political scientist Happy Kayuni, from the University of Malawi says the allies in power  need to disclose what they agreed  to their followers and the electorate.

Tonse campaigned against tribalism and nepotism when it comes to public appointments, promising to prioritise merit.

However, the hope for a new Malawi, where merit counts, was short-lived when Chakwera filled his maiden Cabinet with family, friends and political cronies.

The American-trained President had to redefine ‘merit’ just to justify the appointment of two or more ministers from the same families.

And nepotism is kicking in

The Human Rights Defenders Coalition (HRDC), which convened the marches against Mutharika’s quashed re-election, notes “with great distress” the entrenchment of favouritism.

“For example, public appointments are highly skewed towards the Tonse’s political base of the Central Region at the expense of those who come from South and North,” reads its assessment of Chakwera’s year at the helm.

HRDC also condemn “the tendency of rewarding friends, relatives and party cadres with public positions” instead of giving qualified candidates a fair chance.

To pacify the public, the President promised to assess and refresh his male-dominated Cabinet after five months—another promise that has yet to come true.

Just hours after promising to ensure at least 40 percent of the ministers were women, Chakwera sidestepped the Gender Equality Act as men constituted over the 60 percent of the Cabinet.

The gender imbalances continued during the appointments of statutory board members.

As voters thronged to the polling stations in June 2020, they might have hoped for a day the winner’s motorcade would no longer disturb traffic, but business continues as usual despite the promise by both Chakwera and Chilima. When sirens blare, road users often have to wait long for the President to pass.

Although the MCP manifesto pledges reductions to “less than 10 vehicles without compromising the Presdient’s security”, the motorcade remains long and snaky.  As it were in the past, police officers are forced to line up for hours when the President is travelling—a long-standing abusive tradition.

With Chakwera branding his predecessor the Prince of thieves for failing to crack down on corruption, the Tonse Alliance promised a 30-day amnesty for corrupt individuals and firms to voluntarily surrender proceeds of corruptions, but the wait continues and no one has been successfully prosecuted despite an on-off galore of arrests last year. The cases keep dragging.

But the alliance knows what needs to change, including removing presidential powers to hire the head of the Anti-Corruption Bureau.

HRDC faults the Chakwera administration for failure to deal with corruption.

The statement signed by its leader Gift Trapence cites the mismanagement of billions for the national Covid-19 funds as a hallmark of uncurbed corruption.

It reads in part: “The Tonse administration has presided over one large-scale heist in which a large chunk of the K6.2 Billion that was allocated to the fight against Covid-19 with little action taken against most of those involved.

“The administration has failed to audit the K17.2 billion of taxpayers’ money and more than K300 billion in Covid-19 donor aid despite promising to do so.”

HRDC lists the unresolved controversy at the National Oil Company of Malawi (where allegations of corruption are rife and the salary scam at Ntchisi District Council as worrying developments.

Chakwera promised to amend Section 91(2) of the Constitution to remove the President’s immunity to criminal prosecution and reduce his powers in public appointments to pave the way for “the best and brightest mind”.

However, the President, who pledged to cease to be the chancellor of public universities now wears the robes and hats of them all—and happily, with excuses to give.

While Chakwera speaks against wanton reckless expenditure, his handlers have demonstrated wastefulness through his regular travel. Just last year, at the peak of Covid-19 which requires everyone to stay home and avoid public gatherings, the President travelled outside the country six times.

Since then, he has frequently been on the road attending to not-so presidential functions better delegated to relevant Cabinet ministers and councils.

And the Vice-President too has been on endless tours in the name of public reforms, some of which could be either held virtually or delegated to cost-saving cadres.

While there are some gains to count, the sluggishness to deliver easy-to-do promises casts doubt on the seriousness of Tonse Alliance to show Malawians that they did not just march and vote to eject Mutharika—but to get to Canaan. 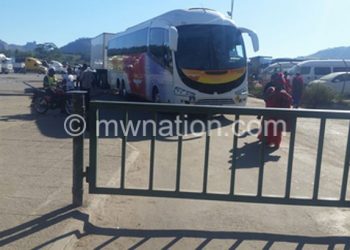