A case of selective amnesia

President Peter Mutharika has been a victim of a social media hoax when he dropped off the face of the earth after a sojourn to New York for the United Nations General Assembly.

It would be disrespectful and unpatriotic to repeat the malicious information that was spread on the President’s state of health save to say that it forced the Head of State to rush back home with a non-functioning arm.

So with the history of having your death foretold, it is only expected that the President would have a serious aversion to social media, in all its forms.

However, when the President’s men, at State House and Ministry of Information use the same social media for unmerited attacks within their own ranks, then it smacks of hypocrisy.

Since 2014, the government information system, specifically the Facebook page has been used to relay information to the public about the President and Vice-President activities, both local and international.

The page has been professionally run, albeit with embarrassing grammatical errors which are quickly corrected when observed.

It has become a trusted source of news with thousands of followers and it was not surprising that those running the page, I assume Ministry of Information thought it wise to communicate that the Vice-President, the man elected alongside the president, had attended an event which brought him closer to the citizens that he was governing.

Vice-President Saulos Chilima taking part in the Way of the Cross over Easter should have been a plus to the Mutharika adminstration. Whether he took part in his capacity as a Catholic faithful or as the Veep was neither here nor there. The President being a Catholic could have joined in or even attended the multi denominational procession for an even bigger effect.

But pulling down the story and pictures from the government page showing Chilima in a Way of the Cross procession was going overboard.

It just shows the length that some misguided individuals would go to create animosity between the President and his deputy.

As a nation, we would like to believe that whatever undercurrents of enmity between the two is a result of a few individuals who will in the end benefit from playing for both sides.

Is it really a crime for the VP to participate in the Way of th Cross when the President himself did not deem it important to do so?

Is the government Facebook page for the President alone and can the Ministry of Information, assuming they are taking instructions from State House come out clear on the purposes of that page?

If the government information machinery is there to communicate about the President’s activities alone, what is the State House Facebook page for?

As if that was not enough, a fake resignation letter sprouted out of nowhere indicating that the Vice-President would be resigning because he is not being covered on the State broadcaster. A cursory look at the letter would show anyone with gray matter that it was not genuine, not simply because Chilima does not seem the type to make such a hasty decision but because it just did’nt ring true.

It does not make sense that Mutharika would use that letter to remind Malawians that the long arm of the law would clamp down on those who commit cybercrimes.

It would be so easy for this government to get to the bottom of that fake resignation letter when it seemed simple enough to arrest a few Malawi Congress Party (MCP) officials on treason charges over WhatsApp messages.

This is not the first time that Chilima has been a victim of a social media smear campaign. Last year, the government did not take action when it was reported online and social media that the Veep had planned to take over power by forming a Cabinet in the absence of President Mutharika.

That must have been easier to swallow for a section of the administration because it advanced the agenda that Chilima was power hungry.

Urging Malawians today to use social media with a sense of patriotism, integrity and responsibility is well and good when it’s not for selfish reasons.

But as the expression ‘chisakomele mbuzi kugunda galu’ implies, disowning social media abuses should apply across the board not when you are personally affected.

It is also high time social media stopped being labelled as evil. It certainly cannot be so evil to this current administration if they can guard a Facebook so jealously and hog it for the President’s use alone.

UNDP report is out, where are court-criers?

Chakwera and ghosts at State House 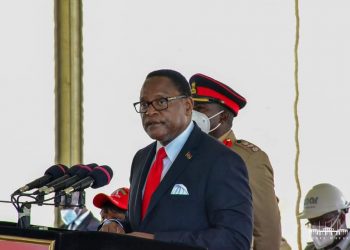 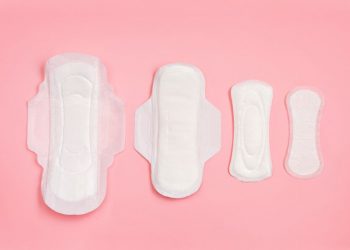