by Precious Kumbani
in Business News, Editors Pick
2 min read
0
Share on FacebookShare on TwitterShare on WhatsAppShare on LinkedinLinkedinShare via Email

Production of cotton, Malawi’s number four foreign exchange earner after tobacco, tea and sugar, has over the years been decreasing due to what experts say is lack of sustainable input supply system arising from lack of financial support to farmers due to loan defaults. 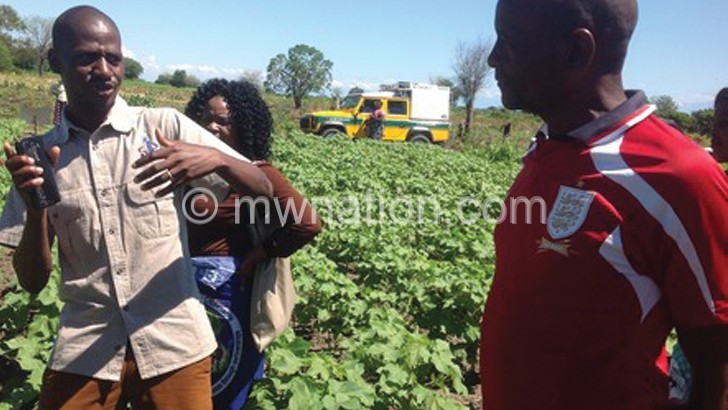 In an  interview on Friday, Cotton Council of Malawi executive director Cosmas Luwanda said the country produced about 15 000 metric tonnes (MT) of cotton in the 2017/18 growing season, down from a record 100 000MT in the 2011/12, a season government injected K1.6 billion to scale-up production.

He said through investments that lead to a combination of both rain-fed and irrigation cotton farming, Malawi can achieve maximum production of the crop.

It is for this reason that Admarc in partnership with Nchalo Greenbelt Limited and its financier Export Development Fund (EDF), is investing K800 million to grow irrigated cotton on 350 hectares in Chikwawa.

Over K500 million has already been spent on 200 hectares on hybrid cotton from Quton Malawi Limited, which will be ready for harvesting in November.

Speaking during a field visit at Nkhwazi I and II sites in Chikwawa, Admarc acting chief executive officer Margaret Roka-Mauwa said cotton is expected to be its number one income earner.

“This is just the beginning because we are planning to expand from 350 hectares to 1 000 hectares,” she said.

However, this has not been possible due to limited supply of the crop.

Admarc board chairperson James Masumbu described the initiative as a landmark achievement.