Despite receiving K5 billion each to start procuring the grain from early July, the Agricultural Development and Marketing Corporation (Admarc) and National Food Reserve Agency (NFRA) are yet to start buying maize, The Nation has established.

The money was supposed to be used to buy 67 000 metric tonnes (MT) of the staple grain, with Admarc targeting smallholder farmers in rural and hard-to-reach areas while NFRA has contracted AHL Commodities Exchange (AHCX) to buy maize from traders. 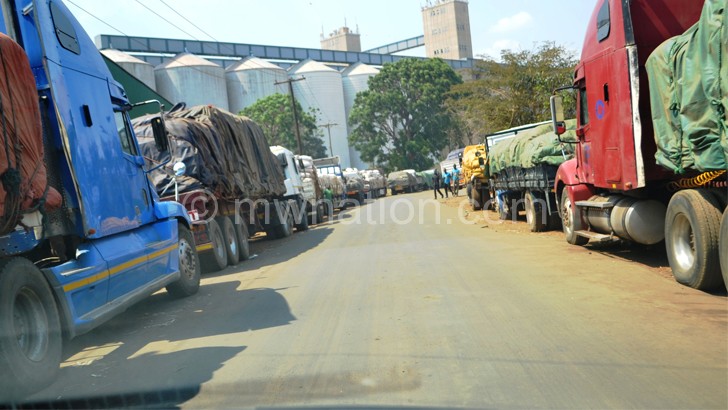 The Grain Traders Association has since said the delay might lead to acts of desperation on farmers and traders as well as lead to a maize deficit in the country.

When The Nation yesterday sought an explanation from Admarc as to why it has not started buying the grain, the parastatal’s spokesperson Agness Chikoko said the Ministry of Agriculture, Irrigation and Water Development was better-placed to explain the delay.

“Yes, I can confirm that we have not started buying maize, but on your question as to why we haven’t started the exercise, the Ministry of Agriculture is better-placed to answer you,” she said.

However, Minister of Agriculture, Irrigation and Water Development Joseph Mwanamvekha, who in June confirmed that Treasury had released K10 billion to State produce trader Admarc and NFRA to buy maize beginning July, dismissed assertions from the Admarc publicist.

He said Admarc already received the money and was better-placed to explain why they have not started the exercise.

Mwanamvekha also said his ministry is writing Admarc a strong letter on the delay, asking this reporter to “pin down” Admarc officials until they explain the delay.

“There is actually no explanation from us on the delay. We are actually writing them a strong letter on the same. We are discussing the same matter on how to proceed.

“It is your job, pin them, they have to explain the delay. They already got the money for that exercise,” he said.

Commenting on the issue, Admarc board chairperson James Masumbu attributed the delay to logistical issues at the grain trader.

However, he refused to provide further details, saying the chief executive officer was better-placed to comment on the matter.

But when contacted for comment, Margaret Roka Mauwa said she was in a meeting and asked to be called later.

On her part, Chikoko later demanded a questionnaire to comment on the matter based on Mwanamvekha’s assertions that Admarc was given the money. She promised to respond to the questions today.

On the other hand, NFRA chief executive officer Nasinuku Saukira said his institution is in the process of identifying space where the maize will be kept.

Over the years, there have been concerns by farmers that delays by NFRA to buy maize result in increased post-harvest losses.

As a result, government directed the AHCX—which provides an organised market system through which a warehouse receipt system enables farmers to access quick cash while waiting for prices to improve—to buy the maize on behalf of NFRA.

“The IPC is currently waiting for NFRA to finalise warehousing arrangements in Blantyre, Luchenza, Balaka, Lilongwe, Mzimba, and Mzuzu to initiate delivery bookings by prospective suppliers.

“In the meantime, the IPC is calling for expressions of interest for the supply of the maize to be submitted not later than August 15 2018. AHCX anticipates to start procuring the maize on 22nd August, 2018,” said Ndipita.

Meanwhile, Grain Traders Association president Grace Mijiga Mhango has since lashed out at the delay, arguing it has created unnecessary desperation on farmers and traders.

According to the second round Agricultural Production Estimate Survey, maize production is estimated to have declined by 19.4 percent to 2.8 million MT this year from 3.5 million MT last growing season.

Maize is the country’s staple grain that traditionally impacts the economy given its skewed influence in determining inflation rates as it constitutes 45.2 percent in the consumer price index (CPI), an aggregate basket used to compute inflation.