by Peter Kanjere
in Columns, Sunday shot
2 min read
0
Share on FacebookShare on TwitterShare on WhatsAppShare on LinkedinLinkedinShare via Email

The struggles of Africa’s five representatives at the 2014 Fifa World Cup, on a lighter note, vindicate the Flames for having not dared qualifying for the Brazil finals.

The Flames avoided such embarrassment knowing it was part of a well-orchestrated Western machinations to embarrass Malawians. The Flames could not allow Brazil to be used by the West. Malawi will never be a colony again!

Seriously speaking, at the time of writing this only Cote d’Ivoire had a win, Nigeria drew, whereas Algeria, Ghana and Cameroon lost. An early reverse back to Africa surely beckons them.

Such timid performances of Africa flag carriers at the World Cup have raised a very familiar and tired question: Why always Africa?

Theories have been bandied over African teams’ failure to get past the World Cup quarter-final stage and to, as Pele prophesied, even win the ultimate crown.

But are we not supposed to be watching the cream of football on the global stage and not continents competing?

We are the only ones that compete at the World Cup as Africa.

That is why Spain’s disastrous showing is not being viewed as Europe football tragedy and if Brazil wins the championship, the Americas will not revel in their success.

Africa must not pretend to be the only continent yet to produce a World Cup champion.

Asia, the world’s biggest continent by population, has, despite boasting sound football investments and huge talent, never produced a champion, yet there is no continental outcry.

In Africa, did we do each other favours to qualify for the World Cup or we competed and eliminated each other?

If anything, I detest the sight of the Super Eagles in Brazil as they dismissed the Flames in the World Cup African qualifying race.

Concerns of Africa being allocated fewest World Cup slots at five are valid and must be pursued vigorously using avenues.

Otherwise, the victims’ mentality makes us Africans a very big joke. And I don’t find this funny. 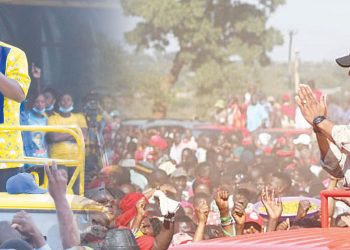