For the first time ever, half of the countries that battled for the top eight positions at this year’s Netball World Cup were amazingly African.

South Africa, Uganda, Malawi, Zimbabwe made it to the top eight battle at the expense of other teams.

To cap it all, South Africa’s Proteas became the first African team to make it to the semi-final.

Subsequently, South Africa lost to England in the semi-finals to finish fourth as the best team in Africa.

The Queens beat rivals Uganda to set up a fifth-place play-off against Jamaica which they lost to finish on sixth position.

They are second best in Africa.

With the next World Cup  to be held in South Africa in 2023, there is excitement that this could be the time for African teams to rise to the occasion and take over the world of netball.

Queens shooter Joyce Mvula feels this is a big statement from African teams.

She said: “I think now netball in Africa is coming up, so we just want to encourage other teams in Africa to work hard. We can be there, everything is possible.

“It [the World Cup in 2023] is a good opportunity for us, and some players can travel to watch the World Cup, which can help a lot. Just watching can prove a lot, and that’s great for the African nations.”

Malawi Queens entertained the patrons at M&S Bank Arena throughout the tournament with their unorthodox netball.

After their match against Uganda, the Queens burst into a gig that left the patrons stunned.

Mvula, who plays for Manchester Thunder, believes it  is such flare that makes the Queens a special team as far as entertaining netball is concerned.

“This is what we do as Malawi—we entertain people,” she said.

Malawi went to Liverpool perched on position nine but after making it to the top six, they are guaranteed of retaining position six when International Netball Federation (INF) releases the next rankings.

“We are now number nine in the world, but the two teams in seventh and eighth didn’t beat us, so it was hard for us. That is what we discussed as a team—to fight for our position.

“That helped us a lot. If we were coming in as number six, we’d have been relaxed, but we came in to fight for our position. People wrote us off, so this is good for them to know we are coming up,” she said.

Meanwhile, netball analyst Chimwemwe Nyirenda feels this is the time for Malawi and other African countries to start preparing for the 2023 World Cup.

“We need to hold a stakeholders’ meeting to come up with a strategic plan with short, medium and long-term plans and request people or organisations to manage and implement them,” he said.

New local movie on the cards 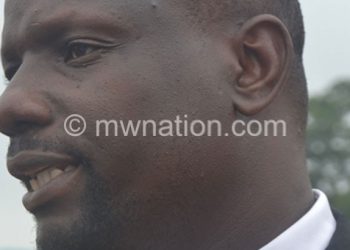 New local movie on the cards