Agriculture budget must be reprogrammed

The latest Agriculture Sector Performance Report (ASPR), which is the comprehensive annual agriculture sector account of progress made by players in the sector, is depressing.

Despite the tens of billions that the Malawi Government has pumped into the Farm Input Subsidy Programme (Fisp), Capitol Hill still spends even more billions to buy food for distribution to poor people who have not harvested enough either due to drought or floods that have swept their crops—and the subsidised fertiliser and seeds.

As if that is not enough, allocation to maize purchases has been the highest over the past few years as maize production collapsed due to floods and droughts that have hit productivity hard.

As I write this, the number of food insecure households tripled in the 2017/18 affecting the 2018/19 consumption year, according to the Malawi Vulnerability Assessment Committee (MVAC) report.

The MVAC report also shows that 3.3 million households (that is more than 15 million Malawians if we apply the average of five people per household formula) will require food assistance for a minimum period of two months up to maximum period of six months in the 2018/19 consumption year.

Thus, despite the massive spending on Fisp, the country has failed to break the food insecurity cycle that continues to trap the majority of the population, especially the very population that receives subsidized farm inputs.

Remember that Fisp beneficiaries were supposed to graduate out of the subsidies so that different sets of people benefit over time until the majority can sustainably afford the inputs?

Well, nothing of the sort has happened as the country continues to subsidise the very same people year in and year out not just on the production side, but also on the consumption side.

To put it bluntly, the folks who are subsidized to produce more than enough to feed their families don’t just fail to do so, but also have to be given free food to survive from the same kitty that folked out tens of billions in subsidized inputs to the same people.

How does that even begin to make sense? Why should the squeezed and thinning taxpayer be made to pay twice when the input subsidy is supposed to prevent that expenditure on relief food?

Apart from failing to solve the puzzle of household food insecurity, the Fisp billions have miserably failed to boost output in the agriculture sector that is supposed to grow by at least six percent per year, but has only managed an average of three percent over the past decade largely because of relying too much on rains that have proved to be either too much or too little over the years.

In fact, in some years, the sector actually registered negative growth such as -0.1 percent in 2015 and -0.2 percent in 2016 as floods, fall army worm attacks and dry spells ravaged the country.

This output slump hit the economy hard as the sector accounts for around 28 percent of gross domestic product (GDP) for Malawi, employs over 64 percent of the country’s workforce and rakes in over 80 percent of Malawi’s export earnings.

What is needed now is for government to spend less money buying and distributing relief maize and subsidizing agriculture inputs that nourish nothing whenever there are floods or dry spells.

I am not saying this should be done immediately and radically. But within the next three years I would like to see an incremental movement of resources away from rain-fed maize production (and buying) towards capital expenditure on irrigation infrastructure and modern farming technologies.

I know slashing and later defunding Fisp will be a big political gamble, but the Peter Mutharika administration must start helping people to understand the reality of the situation: rain-fed agriculture supported by Fisp is not sustainable not just for government, but for households as well. Thus, the whole structure of the agriculture budget must be demolished and reprogrammed into a financing model that takes care of sustainable agricultural production that would come with irrigation infrastructure. 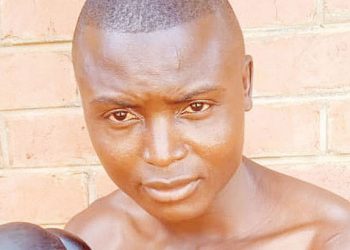