Minister of Labour, Youth, Sports and Manpower Development Francis Kasaila says he is impressed with the completion of Aida Chilembwe Community Technical College in Chiradzulu District which President Peter Mutharika is scheduled to officially open tomorrow.

In an interview after inspecting the college on Monday, Kasaila, who was accompanied by officials from his ministry as well as Technical, Entrepreneurial, Vocational Education and Training Authority (Teveta), said the college is part of government’s initiative to build technical colleges nationwide. 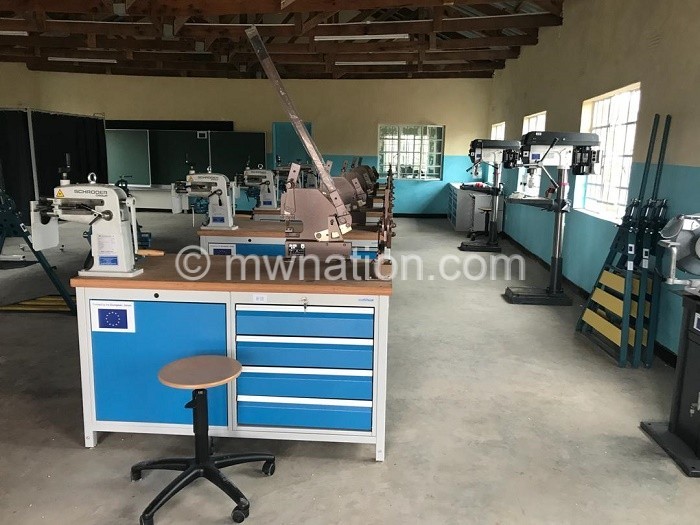 He said: “We have gone far and are on track. We have resources and supporters in terms of donors for each of the districts and, therefore, come December, we will have the colleges across the country.”

The minister said for example, the Chinese community, which will build five community technical colleges in Mzimba, Zomba, Nsanje, Ntcheu and Mulanje,is already on the ground and has assured the ministry they will complete the projects by December.

In a separate interview, Teveta board chairperson Gilbert Chilinde said the colleges will help students acquire skills relevant to the country.

“These colleges are important because they will equip learners with the much-needed skills that our economy needs, “ he said.

Teveta’s role will be to facilitate students’ enrolment and so far, 120 students have enrolled for the Aida Chilembwe Community College.

Some of the courses to be offered are carpentry and joinery, bricklaying and information and communications technology.

The college is named after Aida Chilembwe, wife of leader of the 1915 Uprising against against white settlers, the Reverend John Chilembwe..