Mpinganjira gives up on plea bargaining

The court heard that Karim, aged 25 and a holder of passport number 510886411, and Kassam, aged 32 whose address is c/o Globe Group of Companies, Post Office Box 5866, Limbe, on Thursday last week were unruly while travelling from South Africa to Malawi.

Further, the court learnt that while airborne, the duo started using abusive language, quarrelling with crew members and refusing to comply with the airline’s rules on board.

Blantyre principal resident magistrate Innocent Nebi released them on bail on condition that they pay K3 million as bail bond.

The court is expected to continue hearing on the matter on January 11 next year. n

Disasters hit over 3 000 households in Malawi

Mpinganjira gives up on plea bargaining 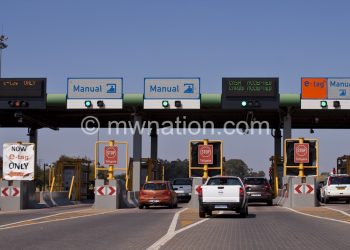 Disasters hit over 3 000 households in Malawi