The undulating and green covered Nyika plateau has been a source of all-year round waters flowing into rivers for use by communities living at its foot and beyond.

Most of these communities are farmers. Interestingly, the women farmers in the area are now breaking gender barriers to take Climate Smart Agriculture (CSA) interventions, thanks to local and international partnerships helping them to overcome climate-related challenges as part of adaptation in a rapidly changing environment.

One such remote area is Ntchenachena in Rumphi district. It is the junction immediately past Phwezi Secondary School as one heads to Karonga that takes you to this rich agriculture land where diverse crops such as maize, groundnuts, coffee and beans are grown.

According to Maria Botha, a resident of Ntchenachena, who is a member of Njati Women Group, in recent years more drought tolerant crops such as cassava and sweet potatoes are also being cultivated on a largescale.

“In the late 1980s the rains were in abundance. But then the situation changed in the 1990s, due to short rainfall periods. This greatly affected agriculture productivity, leading to the reduction in beans and maize,” explains Botha, 55-year-old retired teacher from Cham’mono Village in Traditional Authority (T/A) Malweni.

Botha’s remarks are corroborated by another female farmer in Ntchenachena, Vera Msiska.

She says rains are unpredictable in the area as they sometimes start earlier and then disappear and vice-versa.

“We also have problems of fall armyworms affecting the maize crop. Some pests are also destroying the cassava tubers. As such, we have opted for potatoes as they are more drought-tolerant to enhance food security,” explains Msiska, a mother of four children. She lives in Mziliwande Village in the same area.

Both Msiska and Botha say the Lead Farmer approach—where one farmer learns new methods and shares knowledge with other farmers—is playing a key role in improving crop productivity.

The farmers say they learn a lot from lead farmers and most recently on how to use locally-made manure, which helps improve yields in infertile soils.

There is compelling evidence in Ntchenachena that climate change is happening and is having negative impacts on societies, economies and environments.

Globally, the African continent is greatly affected as exposures and vulnerabilities are increasingly high while capacities to respond are very low. Smallholder agriculture is the mainstay of most African countries and it is the sector most vulnerable to climate change.

The agriculture sector is dominated by female farmers who account for over 80 percent of the continent’s food production.  Women and youth are highly vulnerable and are most likely to be disproportionately impacted by the adverse effects of climate change.

Various reports including those of the Intergovernmental Panel on Climate Change (IPCC) show that climate change will affect agriculture and food security, water, energy, health and also bring about frequent and severe climatic shocks that will disproportionately affect women because of their limited adaptive capacity and high levels of vulnerability.

The goal of GCCASP is to achieve an effective and equitable participation of African women smallholder farmers, youth and other vulnerable groups in climate-smart agricultural practices.

“Even in the difficult conditions that they work, women contribute 80 percent of the food we consume in our households on the continent,” says Estherine Fotabong, director of Programme Coordination and Implementation at Auda–Nepad. “It is true that they use these resources to support their families so that brings social cohesion in our communities and countries.”

She explains that it is important that countries give particular attention to policies that favour women, such as policies that make it easier to form women cooperatives.

According to Fotabong, Auda-Nepad programmes try to address women obstacles to prosperity. These include land ownership, particularly for smallholder farmers, access to finance and access to technologies to take up CSA techniques.

“So through Gender Climate Change and Agriculture Support Programme, we hope to reach a significant number of households and women farmers to contribute to the target.  Furthermore, through our Climate Fund programme, we hope to continue to finance grassroots initiatives for the 2025 target.

“It is our belief that government themselves will put in place investments that will support farmers in their countries to ensure they take on board interventions on CSA so they withstand and cushion shocks brought about by climate variability,” Fotabong told me when we met at the  2nd CSA Platform in Nairobi, Kenya recently.

GCCASP intends to benefit 50 000 women farmers in Malawi, including those in Ntchenachena.

Scaled up technologies for women

As Fotabong points out, it is quite evident that women are often neglected in most investments as compared to men.

However, with financial support from the Government of Ireland through Irish Aid in Malawi, a seed systems project—Malawi Seed Industry Development Project (MSIDP) puts women high as a priority in terms of participation.

“As part of the project’s deliberate strategy, we target to reach out to a minimum of 50 percent women representation with our package of benefits.

“In Rumphi, both Ntchenachena and Chiweta, Extension Planning Areas [EPAs], we have “all women” groups. Such is also the case at Phalula in Balaka district besides other parts of the country where we work, there are all-women groups prevalent there,” says Sichali.

He says by the end of the project’s current five years’ implementation phase that run from 2016 to 2021, they plan to reach out a total 200 000 women beneficiaries.

Sichali explained the project involved local community set-up structures supported through the Ministry of Agriculture, Irrigation and Water Development through the Department of Agriculture Extension Services.

“Most importantly, we encourage that such groups should have similar needs and eager to explore interventions that can improve their livelihoods. In line with the Irish new policy further supported by Icrisat’s policy on gender in as far women participation in the agricultural value chain is concerned,” Sichali emphasized.

According to Icrisat this has led to diversified legume production in Malawi. Furthermore, it has increased equal opportunities for women farmers in the agriculture value chain.

“The project has so far achieved at least 45 percent women participation in its activities, unlocking opportunity for women farmers, directly contributing to improvement in their livelihood opportunities. Our target is a minimum of 50 percent women participation,” Sichali explains, adding that as part of ensuring sustainability after the phase-out period, the project follows a partner-based approach under a consortium arrangement with key implementation partners.

Coincidentally, all women groups working with Icrisat on this initiative are affiliates to the Coalition of Women Farmers in Malawi (Cowfa).

Cowfa president Ellen Matupi says other than taking part in CSA interventions and seed multiplication, the women in Nchenachena are being trained in leaflets circles to overcome illiteracy.

“Once knowledgeable it helps them to collectively bargain for their produce at markets as part of the agriculture value chain. But far more important are the skills being imparted for them to adapt and remain resilient in a changing environment,” Matupi explained at Chiweta EPA.

She said one pea farmer Joyce Munthali in Chiweta area has turned her field into model where other farmers are learning on how to grow crops in the area.

During a communication and advocacy platform held in April this year Nepad chief executive officer Ibrahim Mayaki warned that, “if women are not empowered, Africa will be in chaotic situation in 2050.” 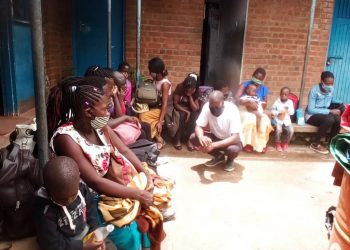 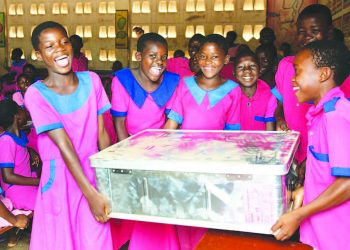