Some football analysts have faulted FAM affiliates that have decided against nominating candidates for the football governing body’s December 14 elections.

This follows Super League of Malawi (Sulom) decision not to nominate any candidate and, more recently, National Youth Football Association (NYFA) resolution to only nominate its chairperson Chimango Munthali for executive member position.

George Kaudza Masina and David Kanyenda have  accused the two affiliates of shunning their responsibilities as prescribed in the Football Association of Malawi (FAM) statutes.

Kaudza Masina, a former FAM acting general secretary and executive member,  cited Article 39 (9)  which stipulates that each affiliate shall nominate only one candidate for each given position.

“They also have no reason to vote at the elective general assembly because what it means is that they are not impressed with the candidates.

“Besides that, the two affiliates [Sulom and NYFA] are also betraying their respective affiliates because so far, there is no indication that there was a consultative process before they came up with their resolutions,” he said.

And posting on his Facebook page,  Kanyenda, a lawyer by profession, faulted Sulom stating that they “neither provided the rationale for their unprecedented resolution nor did they cite any provisions in the regulatory framework sanctioning their conduct”.

He added: “In the absence of clear justificatory aspects, speculation is naturally rife as to the operative factors that compelled Sulom to shirk its statutory duties.

“Be that as it may, a more fundamental question relates to whether the FAM Statutes permit Sulom or indeed any affiliate to refuse to nominate candidates in the forthcoming electoral cycle.”

He also stated that Article 39 of the FAM Statutes generally governs the electoral process of executive members of FAM.

“If the framers of the statutes intended to give affiliates the discretion to refuse to nominate anyone then they would have expressly stated so,” reads part of Kanyenda’s posting.

FAM electoral body chairperson  Sylvester Kalembera, a judge of the High Court of Malawi, said they would issue a statement on the issue.

In a related development, Central Region Football Association yesterday failed to finalise its nomination process after members disagreed on choice of candidates However, the body’s general secretary Benard Chiwiruwiru Harawa yesterday expressed optimism of resolving the matter by close of business today ahead of tomorrow’s deadline. 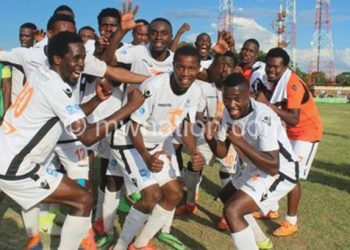