by Joseph Mwale
in Editors Pick, Front Page
4 min read
0
Share on FacebookShare on TwitterShare on WhatsAppShare on LinkedinLinkedinShare via Email

United Democratic Front (UDF) is key to winning the May 21 2019 Tripartite Elections.

In their responses to an inquiry from The Nation, the analysts warned political parties against believing that they are formidable; hence, can go it alone, saying doing so was digging one’s political grave.

While hinting that UDF president Atupele Muluzi will be on the presidential ballot, the party’s secretary general Kandi Padambo said in an interview yesterday the party was keeping its doors open for an electoral alliance.

On the other hand, the governing Democratic Progressive Party (DPP) and UDF have been politically flirting since 2014, but are yet to agree on whether they would pair in the elections.

The political scientists we interviewed also observed that opposition Malawi Congress Party (MCP), whose leader Lazarus Chakwera already announced his running mate in Mohammad Sidik Mia, still needs to find a partner, much as it is at a disadvantage because of Mia’s position.

Specifically, the political scientists, Joseph Chunga and Ernest Thindwa, both from Chancellor College, a constituent college of the University of Malawi, said they believe the elections are a three-block affair among UTM, MCP and DPP who need to seriously ask UDF to join them moving forward.

In an interview, Chunga said the May 21 elections would be tightly contested; hence, the need for parties to join forces. He observed that the UTM alliance somehow poses a threat to both DPP and MCP.

He said: “Take DPP for example, they would comfortably do away with UDF if they knew that each of these opposition parties is going alone because the uncertainty of their win would be less than what it is now. Now they know that they need more of a strategy or indeed a partner.

“I am convinced that the DPP maybe considering to seriously strike a deal with UDF. They now understand that it is more urgent for them to work together than it was two weeks ago.”

For MCP, Chunga, while saying that Mia’s position could make it

difficult for the party to attract other partners, still called for a new strategy, or indeed a partner if they can, which is only the UDF.

Thindwa, on the other hand, warned that any party which believes is strong enough to go it alone would be treading on a dangerous and risky path.

He said: “These elections are likely to be very close and given that we are using the first past the post, going solo could be a disadvantage. But this all depends on what comes out of the UDF-DPP discussion.

“If the two decide to go solo, that will enhance the chances of UTM

and MCP to be competitive, but if the DPP and UDF decide to go for an alliance, it will be a big boost for them.”

But Padambo said UDF has not had any discussion on alliances and that Muluzi would lead the party in the elections.

He said: “The UDF constitution gives the national executive committee mandate to go into an alliance that it finds agreeable with the ideals of the party.

“At any point, we can go into an alliance, but for now, we haven’t agreed with any party yet and honourable Muluzi will be representing the party.”

Today, the UTM-PP-Aford and Tikonze alliance is expected to announce its presidential candidate, largely believed to be Chilima.

Speaking in an interview in Chitipa after a rally at Lufita on Saturday, DPP regional governor for the North Kenneth Sanga said his party was not shaken by the UTM alliance. n 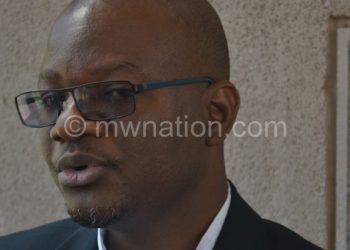