President Peter Mutharika has approved immediate implementation of strategic reforms in 46 parastatals that could help free them from the tight grip of Capital Hill, The Nation has learnt.

The move—probably the boldest step so far towards taking politics out of statutory corporations—could bring decision-making independence in parastatals by taking out fear of political reprisals for professional choices deemed politically incorrect.

The development follows back-to-back meetings the organisations had with the Public Service Reforms Commission (PSRM) chaired by Vice-President Saulos Chilima, which pushed parastatals to come up with turnaround plans for the President’s consideration.

The business-like approach to the running of parastatals should, hopefully, improve service delivery, generate more revenue that could boost dividends to government, make the organisations competitive and bring operational efficiency never seen before.

Some of the approved reform measures include allowing the bodies to be commercially-driven and weaning them from Capital Hill’s destructive political and financial wings.

This means Capital Hill will let the statutory corporations devise new revenue streams, become completely depoliticised and sharply cut government subventions—thereby easing Treasury of fiscal burdens it can do without.

To ensure smooth implementation of his decision, especially from legal hurdles, the President has also ordered a review of the country’s legal and regulatory framework governing the management of parastatals.

“His Excellency the President has approved the reforms, which the parastatals proposed and the commission just gave strategic direction and guidance,” said Constance Kilimo, public relations officer for the Public Service Reforms Management Unit (PSRMU).

“They will start actual implementation on October 1 and will be giving monthly reports and meet the commission quarterly to further track progress.”

A statement from PSRMU shows that apart from taking steps to free up parastatals, there are several other cross-cutting reforms that the President has approved for speedy implementation.

In the water sector, for example, Mutharika has endorsed the establishment of an authority to regulate pricing, efficiency and performance to end current supply problems rocking the industry.

Specific water boards have also embarked on various reforms ranging from introduction of leak detection systems to implementation of mobile billing, a development that would help the boards save money in bill printing costs to invest in service delivery improvement.

The generic reforms will also be implemented in the education sector, including establishment of Public Private Partnerships (PPPs) and Joint Venture arrangements for student accommodation and other infrastructure developments. There is also the introduction of cost-effective fees in the wake of realisation that elsewhere quality education is not cheap.

Implementation of this is already underway, with the Ministry of Education, Science and Technology announcing increased school fees which education activist Benedicto Kondowe supports as a reflection of the costs incurred in the sector.

Malawi National Examinations Board (Maneb) has had its proposal to abolish Junior Certificate of Education (JCE) approved.

However, the President has left intact the Primary School Leaving Certificate of Education (PSLCE), although successful candidates will only get transcripts, not certificates as is currently the case.

There was no immediate comment from Maneb on the matter, but sources close to the decision said the JCE abolition was based on the fact that the certificate is no longer useful, yet the cost of administering its examinations was far much higher than the value of the paper.

Maneb, according to the sources, also argues that just like primary school pupils sit for examinations at the end of a cycle (Standard Eight), secondary education should also be the same where students sit for exams in the last class, Form Four.

Through the abolition, according to sources at Treasury, government will be saving K1.9 billion ($333 919) annually which was used for administering JCE and the subsequent printing of certificates and may now be used to achieving better education outcomes.

In addition, by stopping the printing of Standard Eight certificates, government will be saving K20 million ($35 149.38) in printing costs—savings that could be rechannelled to improving quality.

MBC—notorious for being used as a propaganda machine for various ruling parties—is also an institution that is set to benefit from Mutharika’s parastatal depoliticisation strategy.

Malawi Posts Corporation (MPC) will by December 2016 become a right-sized organisation, with most of its operations tightened while others will be franchised.

For example, MPC will be franchising all rural post offices to boost its corporate image and allow it to compete with other emerging players in the industry.

Kilimo said the reforms’ implementation deadlines depend on specific parastatals, but that most of them will be execute dwithin a year to ensure quick gains.

During a press conference in Lilongwe a fortnight ago, Chilima said he was thankful to the President for approving the parastatal changes so that they run together with the public service reforms currently underway.

Upon assuming power in 2014, Mutharika lived up to his campaign promise to reform the public sector by establishing the commission and roped in his ever active Vice-President, Chilima, to provide strategic direction to the agenda. 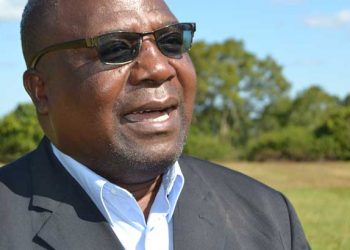