The Roads Authority (RA) says it has assigned a team comprising engineers and laboratory material experts to investigate the cause of damage to the Karonga-Chitipa Road barely five years after its completion.

During a tour last Thursday, it was established that some sections on the first 30 kilometres (km) of the 93-km road are severely worn out while gaping holes have also developed on some sections all the way to Chitipa.

RA board chairperson Brown Mpinganjira told journalists after the tour that the authority is clueless on the cause of the damage.

He said: “Nobody seems to understand this. Even the contractors who are still in the country are equally perplexed with what has happened.”

Mpinganjira said President Peter Mutharika is aware of the damage and has since tasked the authority and the Ministry of Transport and Public Infrastructure to come up with a report on the damage.

“We sent our team of engineers and experts from Central Materials Laboratory on June 19 2018 to do intensive studies and establish the cause for the road to be damaged five years after construction. We are certain that the investigations will give us the right interventions we need to make,” he said.

Mpinganjira said the investigation team is expected to come up with a report in five days’ time to inform the board on the next course of action.

Besides the Karonga-Chitipa Road, Mpinganjira also toured the 46-km Karonga-Songwe Road which is under rehabilitation with $24 million (about K17.6 billion) funding from the World Bank. 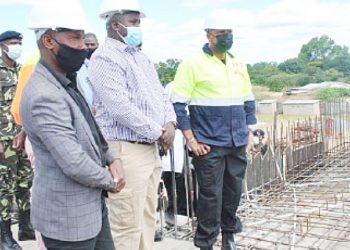