Signs were all over Bafuta Village in Mulanje South East that the community was sick. Women and children looked pale.

The people never gave any serious thought to what they consumed and many of them had no toilets.

They also did not know the importance of washing their hands and bodies. Malnutrition took a toll on the village. As a result, children would start school later than their peers from surrounding villages.

“Children in the village looked very small, yet they were older than their age. They used to start school when aged eight,” says village head Bafuta.

Pregnant and lactating mothers never knew how to take care of themselves and their babies. Many of them suffered from malnutrition-related diseases such as anaemia, marasmus and kwashiorkor.

“We generally did not have direction and advice on how to take care of ourselves and the children. We didn’t care what kind of food we ate,” she says.

Luckily, when Malawi Red Cross Society, with funding from Unicef, came to the area in 2017 with its Scaling-Up Nutrition (SUN) Programme, the people realised they needed to change before sickness struck.

Three years down the line, people in Bafuta have changed both in appearance and behaviour. The programme has managed to improve the nutritional status of lactating women and under-five children in the village.

He says: “The project started with trainings which, I believe, have contributed to our social development. The good thing is that the community was very eager to learn.

“Through these trainings, we were introduced to counselling modules. The first part tackled body and household hygiene; the other module dwelt on pregnant women, particularly on how they can take care of themselves.”

Manuel says the community also learnt about the six food groups that can help nourish their bodies.

Today, the village is now a shining example to surrounding villages as cases of cholera and malnutrition are now history.

Meanwhile, nearly all the households in the village have a backyard garden and a decent pit-latrine.

Zagwa says the realisation that they did not need to have a lot of money to provide their homes with nourishing meals made a big difference.

“We were made aware that we don’t need to buy expensive foods to be nourished. We can grow vegetables in gardens behind our houses and we can have grasshoppers for animal protein.

“We now know that for oils we can use groundnuts and we also keep chickens which make eggs easy to get,” she says.

Through the care-group model that Red Cross established, people in the village have learnt a lot from each other and they are striving to find different ways of making the most out of food to ensure a balanced diet.

One thing that many of them have learnt is the one-pot dish which is a simple food preparation method that combines all the essential ingredients in one serving.

“When I am preparing porridge for my child, I use maize flour and then add some vegetables that are in season as well as groundnuts flour and eggs.

“That means four groups of food can be taken in one meal. Thereafter, I give my child a fruit to enrich the meal,” explains Zagwa.

The villagers did not just fix their nutritional needs. They also made efforts to shorten the distance to the nearest clinic for postnatal and antenatal visits by opening an under-five clinic within their village.

“The village head gave us a piece of land where we raised a shed, but plans are in the pipeline to build a strong and proper structure,” she says.

As the SUN Project is expected to conclude at the end of this year, community members in Bafuta Village have vowed to make the most out of the knowledge they have acquired to enhance the quality of their lives.

“There is no way we can stop doing what we have learned from the project. Red Cross empowered us with the knowledge and no one can take that away from us,” says Manuel. 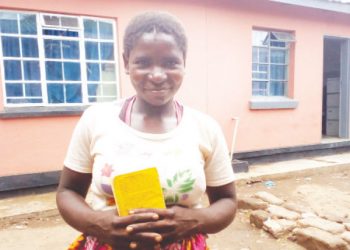 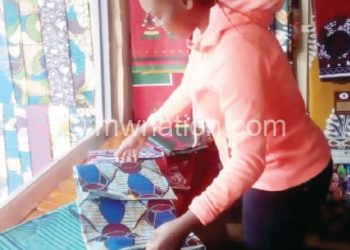 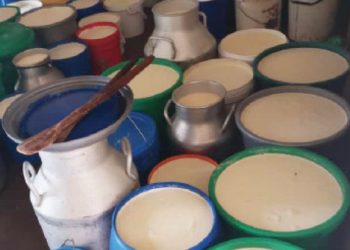