Charles Gallion Phiriwas the ultimate winner for his story Voices FromThe Past and he walked away withK400 000 from the sponsors. On second position was Juliette Neba who won K250000 for her story The Corpse. Auspicious Ndamuwa came third for his work  94 Secondsof Torment and he got K150 000.

Completing the top five was Beaulla Bertha Likambale for her story Because of My Skin and Wesley Macheso who did Where We Live and they both got K60 000each.

Other consolation prizes of books went to Kelvin Chiwaya Ngwira for his story They Never Moved a Finger, Justice Masangano who did Running Away, Edward Nkhambule who wrote Conversation With The Dead and Innocent Chiwanda for his story Mariaroza.

There were some special awards for the most improved writer which went to Agatha Malunda for her story Tamanda’s Homework and she received K30 000. Vinjeru Norbert Luhanga got an award for the most imaginative author for Passenger No. 47 and got K50 000.

Mawu president Sambalikagwa Mvona said he was impressed with the increase in the number of female writers in the competition which for so long has been dominated by men.

“During the 12 years we have had this competition we are glad this year to have set a record of entries from female writers with a total of 64. Women are suffering on many fronts and are doing so silently. Let them come out to tell their story,” he said.

Mvona called upon government to show more interest in promoting art such as writing by sponsoring a national literary award which would encourage more writers who have the potential but choose to remain dormant.

FCB brands manager Brian Mungomo Jnr said as sponsors they are impressed with the progress that has been achieved in fiction writing. 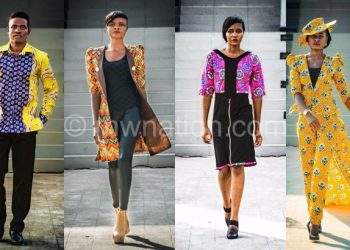