Recently, Malawi joined the world in commemorating World Malaria Day under the theme End Malaria for Good. As Malawi continues with the malaria fight, ALBERT SHARRA unravels the malaria situation and factors derailing the efforts.

Statistics on malaria prevalence in the country are alarming. In just one month, about 500 000 malaria cases have been registered in public and Christians Health Association of Malawi (Cham) health facilities.

During the same period, around 800 000 malaria doses of anti-malaria drugs distributed.

Of course, this does not represent a full picture as the figures exclude those in private health facilities, which also serve a big population.

Malaria remains the number one cause of admissions in hospitals and leading killer disease in Malawi, according to Centre for Disease Control.

This is in contrast with government’s vision for a malaria-free Malawi as outlined in the 2011-2016 National Malaria Strategic Plan (NMSP). And if the 2014 Malaria Indicator Survey is anything to go by, the vision is still far-fetched. The survey was released last year and shows that the prevalence rate had dropped by only 10 percent from 43 percent in 2010 to 33 percent by the end of 2014.

However, the real picture is pasted in hospital wards. At Queen Elizabeth Central Hospital (QECH) in Blantyre, for instance, Mildred Dafter from Kasisi Village, Traditional Authority (T/A) Phambala in Ntcheu but based in Sunnyside, Blantyre, is a regular. Just this year alone, Dafter has been at the facility three times, seeking malaria treatment.

“I have been here for three days with my child. She is improving. But I do not know what to do to protect my family from the disease because mosquito nets do not seem to work,” she says.

However, officials at QECH say they have registered an improvement compared to previous years.

Over the last decade, government has increased efforts in fighting malaria. With the NMSP in place, there are five interventions focusing on prevention, control and treatment.

On prevention and control, government has intensified distribution and use of Insecticide Treated Nets (ITNs) to protect people from mosquito bites. Reports indicate that six million nets have been distributed over the past five years, increasing the number of homes with ITNs from 13 percent in 2000 to 55 in 2012. Presently, an addition nine million ITNs are being distributed nationwide.

Malawi is a beneficiary of the United States Presidents Malaria Initiative (PMI) and The Global Fund, which provide nearly 95 percent of all malaria treatment in public facilities.

PMI  was launched in 2005 and Edward Monster, United States Embassy Lilongwe public affairs officer says between 2006 and 2014, PMI’s support has totaled over $200 million (around K138 billion).

Monster says the US government is extremely concerned about diversion of donated medicines that are meant to be freely prescribed to people.

“While we don’t know the exact magnitude of the diversion that takes place nationwide, we do know it is significant. Stealing and selling donated medications is corruption and it is unacceptable,” he explains.

Monster is certain that without drug theft, facilities would be more available for treatment. He asks Malawians to demand accountability from their health facilities.

Effects of the diversion of donated medicines are being felt in some health facilities. For instance, Mikondo and Chitowo health centres in Dedza have been advising malaria patients to buy drugs at pharmacies.

“My wife and child were both diagnosed with malaria at Chitowo, but were told to buy treatment at pharmacies because the hospital did not have drugs,” explains Careson Thom.

Arnold Mndalira, health promotion and communications officer at Dedza District Hospital, admits: “Indeed, some health centres run out of stock of malaria treatment, but it was because the National Malaria Control Programme [NMCP]delayed in distributing the drugs. It was only critical last week.”

Though Malawi is still battling malaria, some sub Saharan countries have made tremendous progress. In 2013, South Africa, Zambia, Namibia, Mozambique and Swaziland were decorated with the African Leaders Malaria Alliance (Alma) Award for their commitment in eliminating malaria. They have almost eliminated the pandemic.

Monster says Malawi can eradicate malaria if it makes better use of resources being invested in the malaria programme. 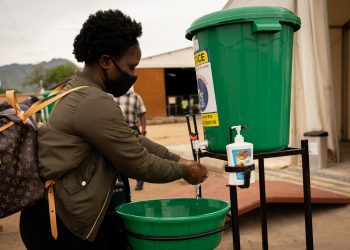