TNM Super League title odds appear stack against second-placed Nyasa Big Bullets as they face tougher fixtures than leaders Be Forward Wanderers, a review of the remaining matches has shown.

The defending champions, who currently have 43 points from 21 matches, will also face Mighty Tigers, Moyale Barracks, Mzuni FC and Ntopwa.

For Bullets’ rivals, Wanderers, their remaining opponents in the top seven are third-placed Blue Eagles and seventh-placed TN Stars.

The Nomads, from 22 matches, lead the contest with 48 points, five ahead of Bullets who still have a game in hand.

Bullets coach Callisto Pasuwa admitted after their goalless draw against Mlatho Mponela on Saturday that the going would get tough.

“We expected the season to get tougher than before. Against Wanderers last week, we didn’t score and against Mlatho we also couldn’t score. We need to do more if we are to win more games and defend the title,” he said.

Meanwhile, Wanderers, who beat Civil Sporting Club on Saturday, said they are not reading too much into the strength of their opponents in the remaining matches.

The club’s team manager Victor Maunde said: “We are treating every game with seriousness. We don’t want to rely on other teams dropping points. We just want to win all the remaining games.”

He further pointed out that every team, at this point of the season, has the potential to wreck their title dreams.

“Who knew Bullets could be held to a draw by Mlatho Mponela which is a step above the bottom team?” He said in reference to their rivals’ Saturday’s game.

“Every team desperately needs points and can beat us.” 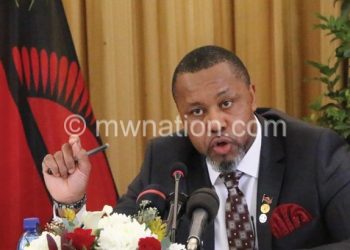