Beehive Centre for Social Enterprise on Thursday commissioned a 100 kilowatts (kw) solar panel project, an addition to the 30 Kw installed three years ago worth of  250 000 euro (about K200 million),.

Beehive managing director Peter Nkata described the standby generators during use of power outages as not only inconvenient, but also an expensive venture. 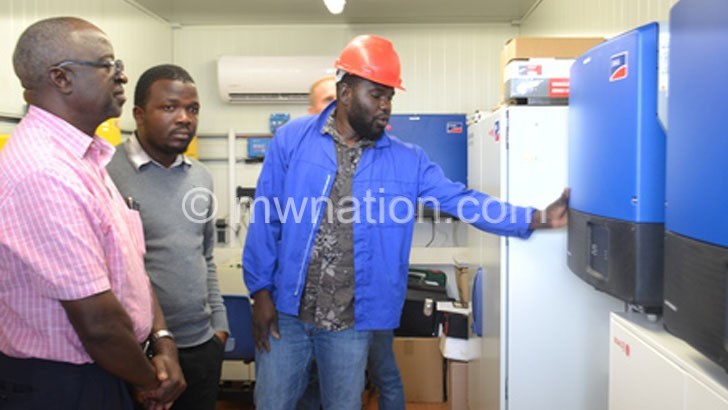 “In terms of commercialisation, we have not yet had the opportunity to talk to Electricity Supply Corporation of Malawi [Escom] or Malawi Energy Regulatory Authority [Mera] about the possibility of us providing power on a commercial basis to our neighbouring communities within and outside Chilomoni.

“If the two institutions see it fit to grant us the go-ahead, we are very ready to go flat out because we have the capacity. The benefits of solar are numerous.

“Our system contains batteries as well as solar panels and is controlled by an intelligent inverter, such that even when it rains or it is cloudy, we can have power,” he said.

The ceremony was patronised by other interested companies, including Responsible Safari, whose general manager Temwa Msiska hailed the project, especially in the wake of growing power outages..

“Most companies are depending on generators for their operations which is very expensive to manage,” said Msiska.

The company employs over five hundred people in and around Chilomoni.

Beehive Centre for Social Enterprise is a non-profit making organisation with eight commercial units, including the John Paul 2 IT and Leadership Institute and Mother Teresa Childrens Centre, which provide first-class care for the poorest children in the community.