Politicians, journalists, medical doctors, vendors, and many others seem surprised that suddenly Malawians are flocking to Covid-19 vaccination centres to get their second or first jab.  These are the very people who shunned the vaccine or reluctantly got vaccinated in March 2021 or thereabouts.  About 19 000 of 452 000 doses expired and were dramatically incinerated in public partly because people did not rush for them despite witnessing Covid-18-related deaths early in the year.

However, for those who have studied social and behaviour change, communication for development, public health communication, or epidemiology, this apparently sudden surge for vaccination is not really surprising because it was predictable.

After reviewing many studies about how innovations spread in society, Everett Rogers published a seminal book in 1962 titled Diffusion of Innovations, which is regarded worldwide as the ‘Bible’ of the field of social and behaviour change.

He concluded that adoption normally takes a bell-like curve.  A few other researchers have modified Rogers’ model. The most notable are probably Fred Davis, famous for his Technology Acceptance Model, and Martin Fishbein and Icek Ajzen, who came up with the Theory of Reasoned Action.

According to Rogers, a few people, whom he termed innovators (herein akadziotche) generally are the first to try out innovations. These are followed by early adopters, the early majority and late majority (ationekaye), and the laggards (amuchitakoka) come last.

What is interesting about the Rogers’ summary is that ationekaye form the peak of the adoption curve. And this is important to note when planning behaviour change interventions.  If not well planned for, the ationekaye can overwhelm the effort.

When new things come on the scene, the majority wait to see if those innovations really work.  The waiting gets longer if the innovations are accompanied by negative information, fake news, false beliefs, or what epidemiologists call infodemic.

The vaccinated, in other words, would turn into robots similar to what George Orwell describes in 1984. Some believed the vaccines would transform them into a beast, something close to the 666 beast described in the Holy Bible. Others, feared the vaccine would make them infertile or impotent.

To change such attitudes and beliefs, people need consistent public awareness and endorsement by trustworthy and credible people; which has been done. But, that alone cannot change people’s behaviour.

It was only when evidence of absence of the listed negatives among the kadziotches, first innovators, and early adopters was made available that the majority of the people decided to also adopt, reluctantly at first, then gradually.

So, here is what is obtaining on the ground. We, the kadziotches, the first people to be vaccinated, have not turned into robots and 666 beats; neither are we being remotely manipulated by Big Brother in the United States (or, are we?).

The majority have the evidence of vaccine non-harm before them now. Naturally, the early majorities are flocking for the vaccines, others will come a bit later until we are almost all vaccinated.

The government should have been prepared for this pattern of adoption of the Covid-19 vaccine. We are at the peak of the adoption curve, the time of the ationekaye.  So, when obtaining vaccines or planning intervention, let us order them with the Rogers’ adoption curve in mind.

Excellence and senselessness is merciless

Manufacturing a crisis in Afghanistan 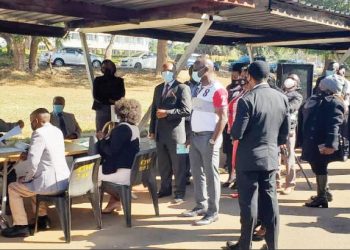 Let’s all get vaccinated against Covid-19