Being at peace with your spouse for a healthy income

The other day, my five-year old son shocked me with one complaint, a complaint that still lingers fresh in my mind. â€˜Will you ever play any game with me, dad? Everytime you seem to be busy.â€™ Oh! This was too much to bear coming from my own son.

So, my son could think I donâ€™t have any time for him? This reminded me of one renowned motivational speaker who is also a senior police officer. He once told me â€˜you know what, play with your children while they are still young. Time will come when you will realise they are too big to play with.

So, I decided I was not just going to play games with my son, but even watch cartoons with him that day. He had playing cards in his hands, but I decided I was going to teach him chess. As I was looking around for the chess pieces, my phone rang. â€˜Akulu, mundipeze ku Golf Club pompanoâ€™.

It was my uncle on the other end. I knew something was terribly wrong. Coincidentally, the previous night my wife had complained of my working late at night and I now thought â€˜Shaa! Mzimayiyu nkhani ija wakayifikitsa kwa atsibweniâ€™.

So, I went back to the lounge, some chocolates in hand and politely requested my son to play computer games. I also promised to buy him his favourite food, pizza, on my way back from the Golf Club. He beamed with joy at the mention of pizza and so we parted ways. I then went to bid bye to my wife â€˜ndapita komwe munakandinenera kujaâ€™. She looked surprised, but I went ahead to grab the car keys and sped off.

So, there he was at the Golf Club impatiently waiting for me at the reception area. â€˜I wonâ€™t be long, I came by taxi,â€™ he quickly spoke as I walked in. I saw he had a beer in hand. Very unlike himâ€”I had never seen my uncle drink. Of course, I heard that he used to drink but the doctors advised him against it some couple of years back. â€˜Koma lero zilikoâ€™, I soliloquised.

Contrary to what I first thought, my uncle had called to ask for wisdom. He had an affair and the wife discovered it the previous month.

The wife then took away the phone, car, and even curtailed all the favours that come from a wife. My uncle had resorted to using taxis, he got another new blackberry and was putting up in a hotel.

He could afford it because he is well off economically. â€˜Nephew, my business is getting under, any finance management advice?â€™ he asked.

I was there imagining how much it cost him for having messed-up at home. The extra money he was now spending could have helped propel his investments. Lack of peace at home was even costing him his health.

A healthy home can save you a lot of money. It offers happiness which keeps you in good health thereby minimising your medical bills; it helps one spend less on food since you would be eating more at home and less in restaurantsâ€”cheap but yet more nutritious food.

The cost-cutting advantages are enormous. It is even worse when you are having an affair because the propensity to spend suddenly increasesâ€”those who have been in it know what am talking about.

â€˜Uncle, you want to maintain a healthy personal and business income? Then make sure you have a happy home.â€™ I said like one wise man from the East.

â€˜Next time you pick a quarrel with your spouse or family member, know that you could be compromising the health of your personal and business finances. So, think twiceâ€™ I concluded,

Have a blessed weekend!

On the call to action

Do you really communicate with yourself and your better half?

Failure to communicate finance decisions will break your relationship 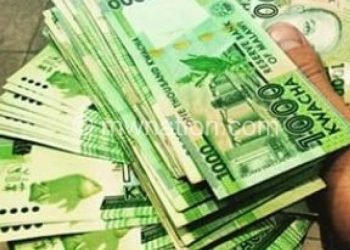 On the call to action