by Sellina Kainja
in Analysis, Columns
2 min read
0
Share on FacebookShare on TwitterShare on WhatsAppShare on LinkedinLinkedinShare via Email

hat does July 20 remind you of? I am reminded of the brave Malawians who took to the streets in large numbers to express their displeasure at the regime that had become too arrogant for their liking. Things had escalated to indescribable and agonising levels. Men and women spent days and nights at filling stations. Prices of commodities soared to levels that even the rich could barely afford.

Malawi was slowly sliding towards dictatorship and economic slump. University of Malawi (Unima) lecturers were demanding academic freedom. Dissenting views were met with an iron fist. There was chaos everywhere. But on July 20 2011, Malawians said enough is enough.

So, men and women, young and old united with one voice to express their views through a peaceful demonstration.

Fear and cowardice was not an option for them. They had their eyes set on the goal—things had to change for the better. Their only weapon as they marched through the streets of Mzuzu, Lilongwe, Blantyre and Zomba cities was their bravery  and chants which scared the hell out of some government machinery—in no time police opened fire at them. Twenty people died. The then president, the late Bingu wa Mutharika, labelled them ‘thieves”, but we know that they were not—President Peter Mutharika has just cleared that misconception.

Four years down the line, it seems we are all forgetting their heroic act. Four years on, their graves are still without dignified tombstones. Political rhetoric continues to characterise every July 20. But we can do better than that.

We don’t even remember them, not even through the usual and sometimes unnecessary national prayers we sometimes hold for meaningless causes such as clocking 100 days of doing nothing while in government. Sigh!

As expected, this year’s July 20 passed just like any other day, but it shouldn’t. Malawians are known for being ‘prayerful’and isn’t this the perfect day to hold those national prayers? That’s the least we can do.

The 20 Malawians who died were not just a statistic. Four years ago someone lost a son, a husband, a brother, a dear friend and a bread winner—meaning life is no longer the same for the bereaved families.

It breaks my heart that we seem to already have forgotten about the July 20 victims. DPP government surely would love that we all keep quiet about this because it surely wouldn’t want to be reminded of its tainted past. May the souls of the brave Malawians, who died on July 20 2011; and all others who died fighting for the good of our country rest in perfect peace.

I am sorry that unlike you, we’re cowards, all we do is whine, but do nothing. 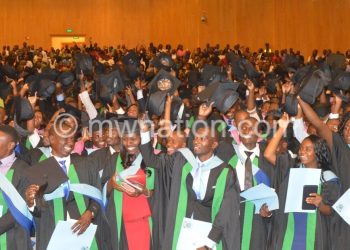