In 1972, Malawi founding president, Kamuzu Banda, said one thing that Deleni Longwe does not want to continue in her village in Nkhata Bay.

The Kang’oma villager in T/A Mankhambira, was not yet born when the fallen Malawi leader, revered as ‘Mchikumbe Number One’, said: “In this country, when we talk about agriculture, we mean production of maize.”

However, Longwe deems any policy that appears to exclude livestock from agriculture as “the root of poverty, hunger and stunting”. Interestingly, she knows it could be one of the reasons the 2010 Demographic and Health Survey recorded that in the country, up to 45 out of 100 people are stunted. In Nkhata Bay, the worst hit district, slightly over 48 in every 100 are stunted.

Nkhata Bay district nutrition officer Jason Chigamba terms it a “silent crisis”, but deputy director in the department of nutrition and HIV and Aids, Blessings Muwalo, says it is unimaginable that nearly half of the population are affected by poor growth.

As a volunteer, Longwe works with 15 houses comprising 10 babies and two pregnant women to safeguard children from stunting and malnutrition.

She regrets quitting secondary school for marriage before accomplishing her preferred career in nursing, but she held on long enough to know what agriculture is.

When we met in her remote setting in Nkhata Bay, she recalled a lesson she got in Standard Six: “We grew up learning agriculture is the growing of crops and rearing of animals for human use. However, most Malawians are stunting because we seem to be putting too much emphasis on crops, forgetting animals are important as well.”

During Kamuzu’s 31 years in power, annual crop inspection tours became a trademark—often ending in fields comprising maize, legumes and tobacco which he seemingly welcomed as a measure of food security and economic wellbeing. By excluding livestock from his early approaches to agriculture, people seemed to think ‘corn’, not ‘horn’, was the way to go.

Kamuzu might have atoned for what Longwe terms systematic elimination of domesticated animals from agriculture in the final years of his rule, but she feels he would have done better.

“Looking around, his administration left a narrow view of food security. Unfortunately, the main losers are the rural poor who need diets with readily available and affordable meat to remain healthy,” she says.

By questioning the legacy of the leader with many titles—the life president, the lion, the messiah, the father and founder of the nation—Longwe underscores that scaling up nutrition for the wellbeing of Malawians will begin with confronting the mind-set of people in power as well as at the grass-root level.

At the grass-root, change is already happening. Every week, Longwe goes around her neighbourhood to talk about family planning and encourages women to take contraceptives to ensure they do not have bigger families than they can feed properly. She interacts with pregnant women to make sure they are eating diversified foods that are both adequate and enough to prevent them from giving birth to unhealthy children.

When she is not visiting expectant women, she will be visiting breastfeeding mothers to encourage them not only to continue doing so for no less than six months, but also to feed older children all food groups everyday and ensure they are living in sanitary conditions all day.

When we met, she was weighing some babies and one of them was found underweight.

“This one is in danger,” she said. “The readings fall in the red zone of the chart where we record this. She could be losing weight due to malnutrition or diseases resulting from poor sanitation.”

As part of their outreaches, the community agents also urge every household to have diverse crops, livestock and sanitary facilities, especially clean toilets, rubbish pits, a kitchen and a rack for utensils.

Group Village Head Kang’oma credited them with awakening families that did not know six groups of food to start diversifying their diets.

“The outreaches are raising demand for fruit trees and animals,” said Kang’oma, explaining: “If you came here 10 years ago, you would not hear any sound of a goat. The animals were as scarce as were guavas, oranges, paw-paws, avocado pears and other fruits.”

Etta Chimphepo got graphic when asked what Kamuzu would have encountered if he had visited the area as part of his trademark crop inspection tours.

“Vast cassava fields, with maize fields probably scattered here and there. But certainly, he would have found numerous stunted children in the villages because malnutrition was more widespread 20 years ago,” she said.

Cassava and maize—and rice as well—may be the widespread sources of food for most Malawians, but the energy-giving foods are not enough to prevent malnutrition and ensure good health throughout life.

“They cannot supply all essential amino and fatty acids necessary for growth and prevention of diseases. The prevalent diets must be complemented with a variety of other foods, including legumes, vegetables, fruits animal-source foods that together make a healthy diet,” said StaciaNordin, Food and Agricultural Organisation (FAO) nutritional officer.

According to Chimphepo, Nkhata Bay suffers from two problems.

First, she spoke of overreliance on cassava, saying: “The children eat porridge made of cassava flour morning, noon, evening and night.”

She added: “When it comes to adults, the tubers are our breakfast. Supper and the lunches often kondowole (nsima made of cassava flour), but the major problem is that there is loss of nutrients since the tubers are soaked for up to four days before they are dried and ground into flour.”

Second, the woman talked about low population of animals, revealing that chickens are the most common form of animal but are kept mostly for visitors.

“Some of our children are not growing properly because tradition makes most of us reluctant to slaughter chicken for relish, because it will be scandalous and disrespectful if visitors, especially in-laws, came and left without being given fish or chicken,” said Chimphepo.

But this is not the only culture that impacts on culture.

Some locals in Nkhata Bay admitted to keeping cattle, pigs and goats as symbols of wealth and prestige. This is also common in most districts in the north where cattle are the currency for dowry.

According to them, the tragedy is not that the majority of the goats and cattle owners cannot afford a kilogramme of meat, which ranges between K1 500 and K1 800, at the nearest butchery. Rather, they seldom use the animals to improve their livelihoods and household income.

During his time, Banda urged against the old concept of cattle serving as the owner’s bank and status symbol.

In 1979, he said: “Cattle must be systematically culled and marketed at the right time like any other crop.”

To nutritionists, knowing the right time to sell livestock also boosts the resilience of the poor households to harsh effects of climate change, even in times of floods and drought, because it enables them to generate income for buying food in times of need by selling the animals.

However, the benefits of rearing animals are not few or new.

Government policy regarding livestock spells out some of them. In the policy, nutrition takes centre-stage: “To meet the demand for animal protein in both rural and urban populations; to achieve self-sufficiency in meat and to export any surplus; and to provide farm power from work oxen.”

The third value, using animals to till the land and transport farm produce, may not be directly related to improving nutrition, it is like converting dung into manure—catalyst for better harvests. It eases the work just as manure lessens dependence on chemical fertilisers.

The aspirations of the policy have not been fully met, according to Find Your Feet programme manager ChimwemweSoko.

“Malawi is still not self-sufficient in animal protein, particularly in rural areas. This can be attributed to greater emphasis on the development of crops rather than livestock,” said Soko.

FAO made a similar observation in 1985, saying most protein products in the country are imported. The sight of imported meats, milk and eggs from abroad on the shelves of any supermarket confirms Malawians are yet to be liberated from protein deficits.

The NGO is implementing a programme in which villagers in Mzenga, Nkhata Bay North West, get a goat and pass on the kids to have-nots not only to close the gap, but also to help rural people rise from poverty.

Two years ago, government rolled out a similar “relay race” to increase animal population across the country, something Longwe termed the only serious initiative to promote animal rearing since Kamuzu left power.

However, the State-sponsored programme was reduced to a campaign tool by the then president Joyce Banda who went all over the country distributing goats and cattle in the run up to last year’s presidential elections.

She might have lost the polls, but the programme lost the initial direction. So hot is the programme that the Ministry of Agriculture spokesperson Hamilton Chimala refused to take question, saying: “Ask the Minister, because that is political.” Yes it is political, except it is the same old politics of not taking livestock production seriously.

In Nkhata Bay, Longwe wonders why animal husbandry is slugging when crop farming has been getting a lion’s share since the end of Kamuzu’s tyranny paved the way for the restoration of democracy in 1994. What started as the free starter-packs with Kamuzu’s successor BakiliMuluzi has ballooned into a multi-million kwacha Farm Inputs Subsidy Programme (Fisp) according nearly 1.5 million Malawians maize seed, legumes and fertiliser.

To Longwe, it is the same old story.

“Presidents come and go, but none of them seems to care about livestock. They all think agriculture is all about crops and cheap farm inputs,” she laments.

In honour of President Bakili Muluzi

Tonse Alliance administration in the eyes of CHRR 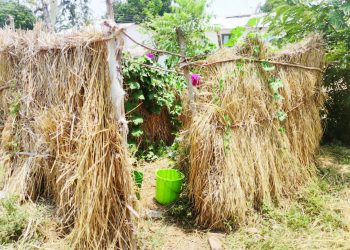