Blantyre to have theatre village

Construction work for a Theatre Village in Blantyre has started four years after acquisition of the land.

The theatre village will be replete with a built-in theatre, open air theatre, arts café and a resource centre. 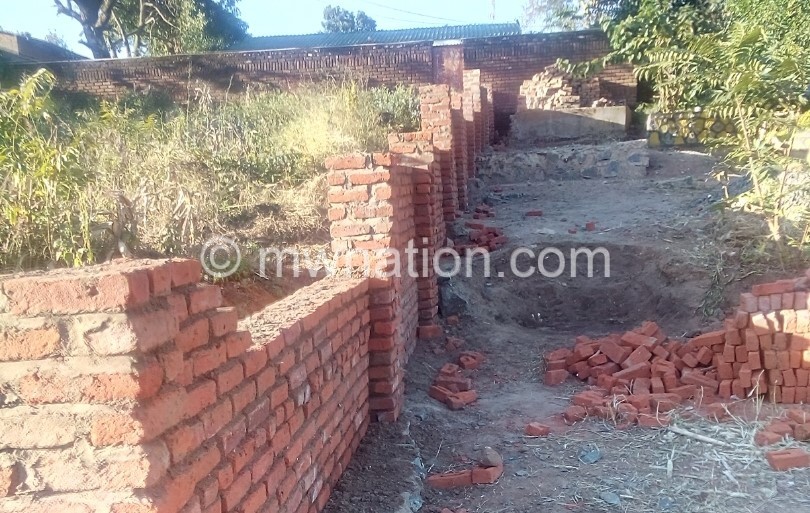 Nanzikambe Arts Theatre Company, who are facilitating the project, bought land for the construction of the theatre village in 2014 with money from a three-year project partnership the company had with Theatre Konstanz of Germany between 2010 and 2013.

Nanzikambe Arts managing director Chris Nditani in an interview said the project will respond to the problem of lack of purposefully-built theatre venues Blantyre and it is also part of their efforts to bring theatre close to the people, targeting residents of Chimwankhunda, Nkolokoti, Soche East, Manja, Kwacha and Zingwangwa.

He said the project, which will require an additional K5.5 million to complete will run in three phases and the pilot phase is expected to run until October this year.

Said Nditani: “Currently, we are constructing a perimeter wall and then the second phase will involve the construction of performance stage and finally office of amenities and an arts café.”

The project is running on funds from administrative savings from the company’s different projects and individual support from other players in the arts industry.

Nditani is hoping more well-wishers will step up to complement the K2 million budget.

“Most of our targets will depend on the availability of funds. The duration of the project, which tentatively has been projected at December, will also be determined by how much funds we will have.

“At the moment, we are relying on four individual donors Smith Likongwe, Aaron Ngalonde, Misheck Mzumara and Uwe Schuran. We are hoping more will come forward to help us realise our dream,” he said.

Nditani said they plan to acquire additional land on the site, which overlooks Chimwankhunda River to build modern structures including a space for theatre strictly for youths, accommodation and a shopping complex.

National Theatre Association of Malawi (Ntam) president Eric Mabedi said many venues  in the country lack facilities that support theatre performances, but because of limited options players in the industry are forced to utilise them.

He said: “A venue that is conducive for a musical performance cannot be equally adaptable to a theatre performance. We hope that this place will be ideal for theatre to help facilitate the growth of theatre in the country.”