Malawi Accountants Board (Mabo) has repaired 127 desks for Shire Urban Primary School in Traditional Authority Chitukula in Lilongwe at a cost of K2.7 million.

Speaking on behalf of the community, village head Chasonya said lack of desks affected service delivery and was a major cause of absenteeism and dropping out of school. 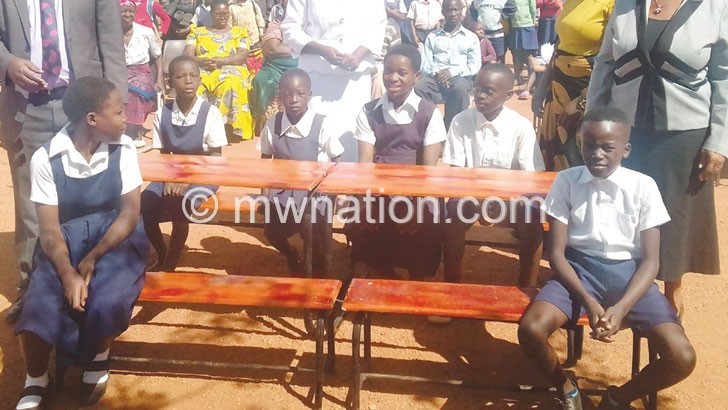 “Children were coming back home dirty everyday because of sitting on the floor. Many of them ended up being discouraged to go to school, but now the story will change,” he said.

In his remarks, Mabo chief executive officer Dumbo Muwalo said the board received a request for a number of needs, but they chose to start with providing desks.

“We felt that desks were a priority and then we will consider other needs,” he said.

The school’s head teacher Grace Kafotokoza Mpunga said the school has 2 800 pupils and many of them learn while sitting on the floor.

“Only pupils from standards Five to Eight use desks and it is not all of them. The support is a motivation to those in junior classes to work hard and go to senior classes where they can sit on desks,” she said.