It is around 1pm on a Thursday in Munkhowa Village in Traditional Authority (T/A) Chikumbu’s area in Mulanje. Irene Lipenga sits with some five fellow farmers to listen to the radio.

As chairperson for Tilimbike Farmers Field School, which has 22 members (15 of them women) she had earlier made sure that the solar-powered radio they got through a farmer field school in the area was all set. At 1.30pm, she tunes to Mzati Community Radio to listen to ‘Tipindule ndi Ulimi wa Chinangwa’.

Soon, the presenter, Mercy Madziakaola, gets on air.

The programme, says Lipenga, has helped them improve their cassava production and marketing.

“There was a time we were just cultivating cassava as a way of life, but, since we have been listening to the radio programme, we are learning a lot,” she adds.

According to her, initially they were cultivating local cassava varieties but now they have learnt that there are improved varieties that are high-yielding and demanded on the market. These include sauti and manyokola, but she observes that they need other varieties as well.

“We used to sell individually at local markets but the returns were low. We now sell as a group and in the future, we want to join hands with other clubs to access better markets than sell to middle men at give-away prices,” she observes.

Another farmer, Tereza Chigwenembe, says they have learnt through the radio programmes issues of value-addition that can increase their income.

“It is our plan that we should grow like we heard of one group that mills and packages cassava flour. They are having more income than before. We want to emulate that,” she says.

Chigwenembe says extension workers in the area are scarce, and that has been aggravated by the Covid-19 pandemic.

Madziakaola says the radio programme has helped ease the problem of farmers accessing agricultural extension. She says experts are brought on air to give farmers tips on the crop, which is grown in most of the districts, including Balaka, Mulanje, Machinga and Zomba, the radio station’s reach.

“Farmers are learning a lot from each other and experts. For instance, we had so much feedback about a certain group of farmers in Machinga that is selling their produce to a biscuit and confectionary manufacturing company,” she says.

The Recover Project is being implemented in Chitipa, Karonga, Nkhata Bay, Mzimba, Dowa, Ntchisi, Kasungu, Nkhotakota, Thyolo, Mulanje, Balaka, Zomba and Machinga. Running between November 2020 and February 2022, the project targets to reach out to 500 000 farmers across the country.

According to Farm Radio Trust (FRT) programmes officer Chimwemwe Mwalija, under the project, radio programmes are aired through four community radios—Mzati, Kasungu, Tuntufye and Chisomo. She notes that with low farmer-extension workers, the radio programmes are complementing efforts by the workers to reach out to more farmers.

He adds that Mzati Community Radio, which covers the Southern Region, and Chisomo Community Radion Station, which caters for lakeshore areas, concentrate on cassava, while Kasungu and Tuntufye community radio stations concentrate on groundnuts and soya beans, with focus on good agricultural practices, including marketing and value addition.

“The programmes have episodes that are imparting marketing information on farmers. They are encouraged to ask questions and express their views on topics aired. This helps the radio stations to bring into the programmes experts to explain to farmers more about the topics,” he says.

Of particular interest in the programming is the issue of gender, to help farmers to progress. One such component is the Her Voice on Air, where women are encouraged to participate and contribute.

“Most women don’t engage in commercial production of high value crops like cassava, groundnuts and soya due to gender stereotypes, putting them at an economic disadvantage, which perpetuates poverty and abuse,” he observes.

The Recover Project is run with funding from the German International Cooperation (GIZ) under the Global Programme Green Innovation Centres for the Agriculture and Food Sector (GIAE).

Programme coordinator, responsible for institutional and capacity development of smallholder farmers at GIZ, Andrew Kansungwi concedes that women play a vital role in Malawi agriculture, hence the need for their empowerment.

“While both men and women play a crucial role, the project is focusing on women as they need the same skills as men so they make critical agri-business and community leadership decisions. Adaptation of innovation could accelerate and a contribution could be made to the SDGs [Sustainable Development Goals],” says Kansungwi.

According to GIZ, 277 master trainers have disseminated agricultural information to farmers through the FFS.

Kansungwi says farmers have been trained in new global approaches to deal with local problems. These include use of rhizobia (an inoculant used to boost nodule growth in crops like soya and groundnuts) and use of certified seeds for the two crops.

“Through broadcasting programmes using community radio stations, farmers gain knowledge to complement what they get from extension workers. We are in the process of developing more ways for remotely accessible agricultural extension and advisory messages,” he says.

Apart from efforts to increase agricultural productivity through good agricultural practices, he adds, they also implement farmer business school with emphasis on producing for an identified market to realise reasonable profits.

“Farmers are encouraged to form associations and cooperatives to gain more bargaining power for better prices through aggregation and quality control. As organised groups, farmers are to go into contract farming arrangements with buyers,” he says. 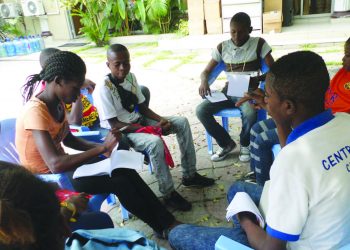 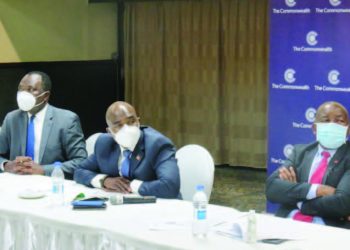