Beaming with joy, Miriam Lekesi removes her son from a baby weighing sling.

The health surveillance assistant (HSA) recording the child’s weight on a card is happy that the baby is growing well.

When the girl-child rights are violated on account of age

This is quite a relief for his mother, Lekesi who is doing all she can to ensure her baby grows into a healthy adult and becomes a productive citizen of the rural community in Msunga, Traditional Authority M’bwatalika, on the western margins of the capital city, Lilongwe.

“It’s like a dream,” says the happy mother, cuddling the baby in her arms. “I never thought it would be this fast. It’s rare in villages to get healthcare services close to where we live. Similarly, it is not common to be assisted so fast after the long walks.”

Healthcare facilities outside cities and towns are few and far apart.

As such, the rural majority—84 percent of the country’s population of 18 million, according to the 2018 census—usually walk long distances to get medical assistance.

Some of them die, sustain life-defining disabilities or give births on the way to the nearest health facility.

It is no longer news for underserved rural population to spend a whole day at an overwhelmed and mostly under-staffed health centre waiting for treatment, care and support.

But for people of Msunga in Lilongwe West, where Lekesi lives, this is history.

The tobacco company supported the community project to address shortages of health facilities in rural areas at a time the government wants no one to access quality healthcare services without enduring financial hardship or long walks.

JTI Leaf works closely with farmers in the tobacco-growing area to produce quality leaf for export.

The company has built 15 clinics nationwide and one more will be built in Mchinji this year, says JTI Leaf director of corporate affairs and communications Limbani Kakhome.

“We embarked on the project after noting that most areas where the company sources its tobacco lacked health facilities and that patients and pregnant women were walking long distances to get medical help,” he says.

JTI is working in partnership with the government to put basic health services close to where people live.

“In our agriculture labour practices programme, the health of the grower is of paramount importance. However, this can’t be realised if they have nowhere to seek assistance when they fall sick,” says Kakhome.

“We can’t just isolate our growers only. These village clinics are for the community where they are built,” Kakhome states.

Senior Chief Male of M’bwatalika says the village has put essential health services within the reach of people who could not afford out-of-pocket payments for long trips to health facilities and hospital stays.

He said people in his village have for many years struggled to access healthcare services from Chitedze and Chileka health centres, almost 15 kilometres away.

Transport costs to these facilities left members of the farming community poorer as they sometimes had to choose between seeking medical assistance or buying food and other immediate needs.

Male recalls: “I have helplessly seen people die here, women giving births in their houses and others on the way to the hospital. We have lost children, under-five children from curable diseases just because we did not have a hospital close by. Quite heartbreaking experiences, but that is history.”

“With bad roads and high transport costs, the sick were dying from treatable conditions,” he says.

The villagers have formed a committee to look after the new health facility.

This is our treasure and we are guarding it jealously. We don’t want to go back to the era where we lost loved ones needlessly. The committee ensures that there is enough security and we take turns to clean it inside out,” says the chief.

HSA Jolly Batumeyo says the facility is a huge relief to Sauzawana and surrounding communities.

“This facility has greatly improved the well-being of people around,” said the HSA. “Every day, we see about 150 patients. However, this number doubled during rainy season.”

He said most of the patients are treated for malaria, trachoma and diarrhoea.

However, Batumeyo opens the clinic twice a week because it does not have a house for a medical officer. 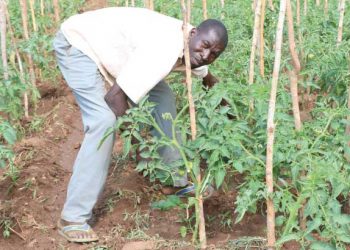 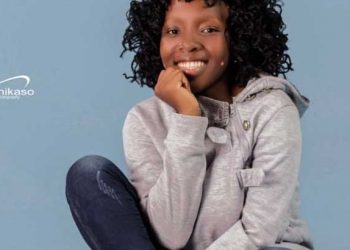 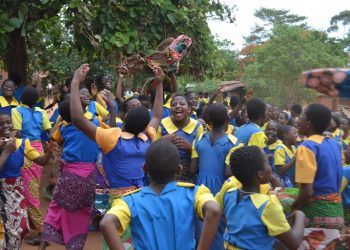 When the girl-child rights are violated on account of age