by Johnny Kasalika
in National News
2 min read
0
Share on FacebookShare on TwitterShare on WhatsAppShare on LinkedinLinkedinShare via Email
Britain has cleared itself on President Bingu wa MutharikaÃ¢â‚¬â„¢s claims that Western agents are working with some local civil society organisations (CSO) to bring a regime change in Malawi.


Mutharika made the claim when he opened the 43rd Session of Parliament in MalawiÃ¢â‚¬â„¢s capital, Lilongwe, on February 3 2012, saying the CSOs were working with Western agents to overthrow his government.

He also attacked the Law Commission and the Malawi Law Society, saying they were usurping the legislative powers of Parliament.
He also repeated the accusations in his recent interview with The Guardian newspaper of the United Kingdom published on February 15 2012 on http://m.guardian.co.uk/world/2012/feb/15/malawi.

When Weekend Nation asked Britain to explain if it was one of the Western agents funding CSOs in Malawi to overthrow government, BritainÃ¢â‚¬â„¢s head of political and public affairs in Malawi, Lewis Kulisewa, on Thursday said: Ã¢â‚¬Å“We have no comment to make on the accusations.Ã¢â‚¬Â

And when asked to name the CSOs Britain funds to allegedly bring regime change to Malawi, Kulisewa replied: Ã¢â‚¬Å“None.Ã¢â‚¬Â

In his August 12 2011 press statement, the British Foreign Secretary, William Hague, said the UK does not take a partisan position in Malawian politics.

Said Hague: Ã¢â‚¬Å“I remain concerned about the situation in Malawi. I urge President Mutharika, the democratically elected head of MalawiÃ¢â‚¬â„¢s Government, to allow legitimate democratic debate and to open a genuine dialogue with civil society organisations. This is essential to address the serious challenges the country faces. The UK does not take a partisan position in Malawian politics.Ã¢â‚¬Â

In another press statement dated October 12 2011 on the meeting between a Malawian delegation led by Foreign Affairs Minister Professor Peter Mutharika and Hague with other ministers, the UK points out: Ã¢â‚¬Å“While the UK did not take a partisan position in Malawian politics, the ministers underlined the need for the Government of Malawi to respect the rights of citizens and civil society organisations.Ã¢â‚¬Â 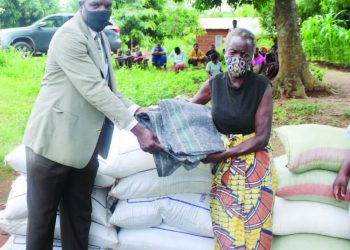