by Singayazi Kaminjolo
in Front Page, National Sports
3 min read
0
Share on FacebookShare on TwitterShare on WhatsAppShare on LinkedinLinkedinShare via Email

Nyasa Big Bullets Reserves on Sunday won their fourth silverware of the season when they beat Silver Strikers Reserves 4-2 to lift the K2.5 million Aubrey Dimba Trophy at Aubrey Dimba Stadium in Mchinji.

The People’s Team feeder side already has on its shelf the ThumbsUp Southern Region Football League Championship, Powertex Top 8 and Nyasa Capital Cup.

On Sunday, it was a contest of tactics between coaches Enos Chatama of Bullets Reserves and Silver Reserves’ Leo Mpulula.

Then Silver went ahead in the 30th minute through Madalitso Maso, but Bullets’ pulled level 10 minutes before recess through Chikumbutso Salima.

Bullets Reserves went ahead again through Salima in the 65th minute to make it 3-2.

Patrick Mwaungulu put Bullets in the comfort zone with a fourth goal 12 minutes from time.

Mpulula was modest in defeat, admitting that their opponents were a better side.

He said: “It was a tough game and we accept the loss. No need for finger pointing, our opponents have been playing together for many seasons. They are well organised.

“Our team has just been assembled this year. It was tough.”

On his part, Chatama also said it was a tough game.

He said: “We played disjointed football in the first half, but after the half time pep talk, we were a much improved side.

“ I told the boys to close gaps and keep possession and it worked to perfection. The boys put up a good fight. It was all down to team work.”

The sponsor Dimba described the tournament as a big success.

“It has been a great tournament. Today, we witnessed an exciting and entertaining game. The fans enjoyed it, the officiating team did a great job. It was a great final and congratulations to the winners,” he said.

Bullets dominated the individual awards with Salima as top scorer, Clever Nkungula was named the best goalkeeper while Chatama got the best coach award. 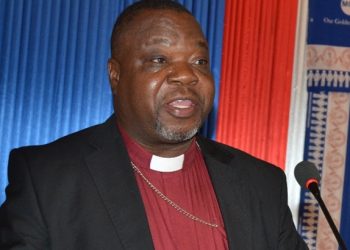