The recent spate of security breaches around our VIPs doesn’t sit well with neither reason nor me. Couple of weeks ago, on 22nd January, the office of the Vice-President announced the Vice-President’s office at Capital Hill, the seat of government, had been robbed.

Not long ago, one of the Vice-President Saulos Chilima’s residences was also subject of a break-in attempt. This week, the unwanted overnight visitors also hit the Vice-President’s office and went away with ICT equipment: computer monitor, unspecified central processing Units (CPUs) and a radio, in short, crucial information units.

Then, on Thursday, while we were still digesting the story of Veep’s spate of misfortune, some motley incident is said to have happened involving another of our representatives in high office.

According to a sparsely-believable but official account, a vehicle belonging to our good former protest-leader turned nation-building minister, Timothy Mtambo, was carjacked at around 8 pm in the capital.

The only passenger, reportedly, was the driver who was kidnapped by unknown attackers and dumped somewhere in Bwengu, Rumphi thanks to an oversized pothole that made the vehicle veer off the road.

The story, folks, makes the head crack just trying to understand it. But, perhaps, it sums up the dilemma we are facing today. Just a lot things don’t make sense.

And, if, indeed, the big guns are this unsafe, how about we, the plebeians? And why would anyone want to invest in a country where even the Vice-President’s office, is no safe zone?

Beyond the bad optics is a scary reality, but here’s my chief concern. In a country where public finance is abused willy-nilly and we’ve a major scandal unfolding, its concerning to continue witnessing insecurity at the seat of government.

Again without suggesting this is the case at the moment, one thing we’ve learnt from the long history of abuse of public resources in the country is that break-ins, mysterious fires and other property disappearance acts, are commonplace in the country when huge financial scandals are unfolding.

You don’t have to be a veteran police detective to know why. The evidence of wrong doing, particularly financial crime, is destroyed through these cover-ups.

None of the above is good or legal. It shouldn’t be happening. Yet, it’s happening again and again begging the question, why?

Is it really that expensive, folks, to install appropriate security at the seat of government or other national nerve centres?

A story is told about one of the 2013 cashgate scandal suspects. The IT gurus once worked for government but was no longer an employee nor a consultant to government when he kept coming at night at Capital Hill to conduct fraudulent transactions and go home, without the security having anything to do about it.

It was only when Paul Mphwiyo was shot in the face and the world woke up to the reality of cashgate that forensic investigators found digital footprints in the government financial management system and he was arrested.

Just how many unwanted night visitors is Capital Hill having and what is it that the police and the custodians of government business at Capital Hill doing about it?

When maizegate broke—the 2016 maize procurement scandal –fire ended up gutting the Ministry of Agriculture building at Capital Hill and crucial information—reminiscent of a 2004 incident where fire gutted down the accounts office on the same building.

Years back, when the High Court in 2014 ordered a recount in the parliamentary elections in Lilongwe City South East over rigging suspicions—long before Tippex became famous—the government warehouse that stored the ballot boxes was visited at night by members of the National Intelligence Service, a security organisation that has never cared to appear to be either independent or apolitical. Once they convinced the police officers on duty to relieve themselves, fire gutted the building housing the very same votes to be recounted.

In 2013, when question marks hovered Escom over abuse of millions of funds, fire again gutted down its headquarters building in Blantyre.

It’s a well-known tactic from the criminal playbook. Yet, somehow, we don’t seem to care or learn anything from it, yet alone do anything about it. 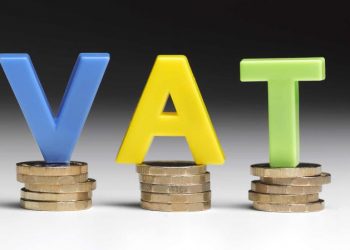