Blantyre Water Board (BWB) is mandated to supply potable water to residents of Blantyre city and surrounding areas, at least that is what the Malawi Water Works Act 17 of 1995 says. The board’s mission is to provide reliable and affordable water for domestic, industrial, institutional and commercial use. That is on paper.

But you and I know that in practice, BWB is far from being a supplier of potable water, it is rather now an organisation that specialises in flimsy excuses—I am sure they even laugh at themselves sometimes for giving excuses that make no sense at all sometimes.

BWB has thoroughly failed to provide potable water in Blantyre. Every day I see women, men, girls and boys carrying buckets of water which they fetch from contaminated swamps in various locations of the city. I live in Ndirande where we stay up to a week, on average, without a single drop of water and there are some locations such as Chilobwe that can stay for up to a month without water. To make matters worse, we never get to hear why and what has caused the water problems. BWB must be saying ‘you morons will figure it out on your own why there is no water in your area’ yet the board has a communications department—certainly talking to itself and not to its customers.

Few times when the board has attempted to inform us why we are experiencing water shortages, it’s been one lie after another. It’s either there is too much sand and mud that are making it difficult for the machines to operate to their full capacity or the machines at Walker’s Ferry have developed a problem or it is because their Siamese twin joined at the hip, Escom, is experiencing power problems. I sometimes find it difficult to sympathise with BWB, even when they are being honest, because we have been fed too many lies and mediocre services that it is difficult to distinguish a lie from a truth.

I want to believe that BWB signed a contract with Blantyre residents that it will provide them with potable water and anything less than what is stipulated in the contract is a breach of that contract and we all know what happens when contracts are breached.

Imagine staying for a week without visiting the toilet because there is no water, a woman who is menstruating cannot take a proper bath because the taps are dry and a host of all other things that require water. Water is life and all we are asking BWB is to give us water to make our life better. I do not think we are asking too from them.

There are all sorts of mediocre service providers in Malawi but BWB, in my view, tops the list. I can do without phone network for a day, but an hour without water is hell.

The disgrace that is Blantyre Synod 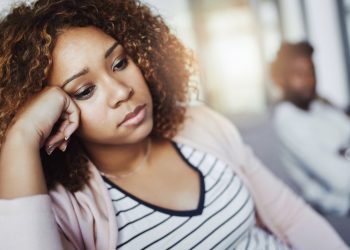