Caesar and the soothsayer

As Rome burnt, what do you think those in Caesar’s court were telling him? I suspect they were recalling, to Caesar’s delight, tales of past conquests; reminding him of how many had fallen at his feet.

That’s how treacherous sycophants and soothsayers all over the world can be. History is littered with so many tales of their betrayal and dishonesty. And as is always the case in such a set-up, finally, the day of reckoning comes.

They surround leaders and tell them nothing but what the leader wants to hear. Even when crisis is obvious, they fish out little stories that paint positivity.

A colleague recently told me a reverting story. The year we experienced massive nationwide anti-government street demonstrations, an interesting conversation took place in the corridors of power. It was between a president and sycophant-cum-journalist.

A team of foreign correspondents had just questioned the president shortly before, in an interview, about the volatile political situation in the country.

The president, unaware of the on-goings in his country, and probably previously fed false intelligence, too, and obviously distrustful of the independent local press, predictably rejected the notion of unrest across the country.

Soon after the foreign correspondents left, my colleague recalled, the president turned to a journalist from the public broadcaster.

“Tell me the truth,” demanded the seemingly angry but confused president. “Is it true what these guys are asking; is the country burning?”

The poor journalist, accustomed to State propaganda and its penchant for endless lies, could hardly bring himself to telling the painful truth. “No sir, not true at all,” he muttered.

That day, we witnessed one of the deadliest protests in independent Malawi. Meanwhile, the president, a few sycophants, praise singers and soothsayers, wined and dined at the opulent palace.

To sycophants, misleading presidents and yet alone, the general public, is no big deal. They long traded morals for materialism. They don’t seek nation-building, they loathe sincere debate.

This is why sometimes I genuinely feel sorry for our leaders. Often they are surrounded by shoddy characters who never tell them the truth.

Managing a country is a mammoth job. No leader can undertake this gigantic task on their own. A leader is as good as the counsel he or she gets.

Yet vultures and vipers surround our leaders. And they claim to be loyal, but are dishonest folks. Often, when finally the chips are down, they are the first people to jump ship.

No wonder ex-president Joyce Banda can hardly bring herself to facing Malawians ever again. People she trusted betrayed her; and lied to her big time. Her political rallies were a carnival affair—a sea of orange patronised by multitudes. Did JB knew that those people were being ferried from all over the country, sometimes, if not mostly, using State resources?

Just the other day, The Nation carried a picture of ruling DPP supporters heading to a party rally in a government vehicle.

The source of the story was Economic Intelligence Unit (EIU), a respectable London-based think tank, which is part of the Economist Group, publishers of The Economist. But did these men and women knew that the same EIU previously predicted that JB will win the 2019 elections? Or, perhaps, they do, but are they willing to tell this to Ceaser, too?

As I write, South Africa media is awash with news of how men who once worshiped outgoing president Jacob Zuma are quickly repositioning to the new czar, Cyril Ramaphosa. These career soothsayers, can never be trusted.

Just the other day, DPP was welcoming four archetypical recycled politicians. You wouldn’t tell it from the reaction of its supporters.

The spin was that this was an election machine gathering steam and nothing will stop it. A close analysis, and the President’s own pointed words factored, the new entrants are simply recycled politicians know once can trust. But singing praises, castigating the big boss’ opponents is big business here, beyond Joseph Mkasa’s gun-for-hire music.

It is what it is, failed leadership 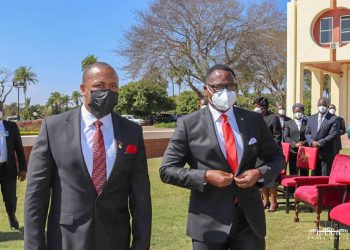 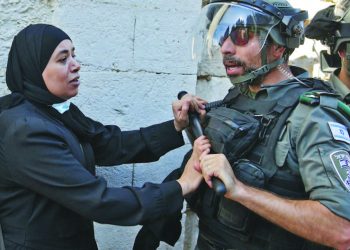