There is neither Jew nor Greek, slave nor free, male nor female, for you are all one in Christ Jesus. – Galatians 3:28

On October 8 2020, Blantyre City South East member of Parliament (MP) Sameer Suleman raised an issue that unearthed a demon that has been simmering in the hearts of many Malawians: race relations between the different cultures living in Malawi.

Although the MP raised the matter of the ownership of land in Limbe, the issue is really much deeper and deserves further reflection. To safeguard our hard-won freedom and the smooth continuation of our Third Republic, there is need for a national conference that will deliberate race relations in Malawi.

On the coat-tails of Suleman’s contribution in Parliament, the Pacific Group of companies issued a press statement saying although Suleman did not directly mention them in Parliament, they were convinced the MP was referring to Pacific as it is the only company that runs a fish farm in the Limbe area. The company further requests Suleman to withdraw the comments he made in Parliament. This veiled threat to an elected official cannot be left without comment.

As “a law-abiding entity that has complied with all of its tax and other legal obligations without fail,” I ask that the Pacific Group respect the country’s elected officials. While the public is privy to broadcast parliamentary discussions, the Malawi Constitution allows MPs the freedom to express themselves in Parliament without fear of retribution.

Section 29 of the Constitution gives equal opportunities for land acquisition, freedom to engage in economic activity, and to pursue a livelihood in Malawi. But these privileges come with responsibilities, one of which is to abide by the laws of the land.

This is why I am suggesting a national conference on race relations in Malawi because just like in America, black lives matter. Among the topics at such a conference could be: How did we get here? Why is there the tenacity to bribe government officials like the police, Ministry of Lands or Road Traffic Department, and others? Why is there no genuine interaction between indigenous Malawians and persons of other cultures? What can the different communities do to strengthen relations beyond the talks? Can persons of other cultures establish lasting partnerships with Malawians?

Almost every Malawian can give examples of the conduct, operating outside of the laws of Malawi, and general uppity and presumptuousness of persons of other cultures. I have a few examples.

Take Malawi’s tourism potential due to our beautiful Lake Malawi. Sprawling along the shore lines of the lake are splendid chalets, mansions, hotels, and resorts big and small. A check on the inflow of tourists into the country throughout the year reveals that tons of the visitors who come, visit the lake. As great as this is for our tourism, it means nothing for our vaults, treasuries in the banks since all payments by the visitors are deposited into the bank accounts of the owners of the Lake resorts, mansions, hotels and chalets.

Malawi needs to open the conversation on these and many other matters regarding the other members of the Malawi society. To continue in this fashion, with many other examples displayed by our fellow Malawians of other races or permanent residents is not healthy for both sides. There must be a national conference on race relations in Malawi. Sweeping the matter under the carpet or censuring an MP is not the solution. 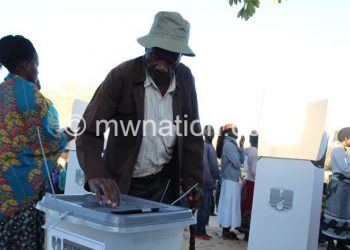