Can intimacy on first date ruin a serious relationship?

Men are expected to make a move in jump-starting a relationship through the process of courtship or asking women out on dates and proposing.

These men, too, usually are expected to initiate intimacy. Few men, therefore, feel embarrassed to get intimate or familiar on a first date and during the early stages of a relationship.

But should intimacy wait? For how long should it wait and can hurried moves spoil the seriousness of a relationship?

Sylvia Machado from Lilongwe agrees that a lot of men would even feel fine to get undressed in front of a woman they have just started dating.

“This happens a lot in most relationships. Some men even invite into their bedrooms a woman they have just met and sleep with her just days into a relationship. Few women would do this,” she said.

According to her, a lot of women believe that if they open up or give in to their desires on the first date or early stages of relationship, they will ruin chances of a long term or serious relationship.

“It is also believed that getting intimate on a first date or during the first days of a relationship can leave women feeling exposed and helpless and in the end ruin a good relationship,” said Machado.

She explained that a lot of men want their women to be more reserved, especially in the early stages of a relationship.

But does this mean that women should not express their desires and feel free to act on them until their partners make a move?

Sociologist Tiwonge Luhanga who works as a behaviour change therapist warned that women can destroy their own self-esteem and confidence if they feel guilty and shame for expressing their feelings.

She, however, blamed society and traditions such as patriarchy as the main reason men initiate ‘everything’ in a relationship.

“Our society and beliefs leaves men in control. In a relationship, women believe they need to wait for a man to make a move if they want to be viewed with respect. Men believe it is their responsibility to be in control in a relationship.

“Thus, some women would indeed feel embarrassed to sleep with a man in the early stages of a relationship. But it is advisable to note that this shame can destroy a woman’s confidence. Women need to know that it is unfair to blame themselves for something that felt right,” she explained.

Luhanga advised women to view themselves positively and remain in control when dealing with relationship matters and to make right decisions before they start a relationship.

How do we reclaim Blantyre? 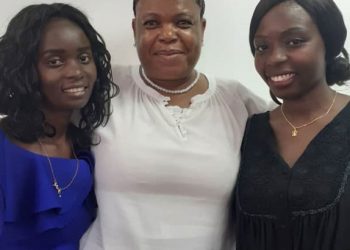 How do we reclaim Blantyre?