Can Malawi use existing investors to woo more?

With high unemployment rate among youths, the need for government to create jobs is weighing heavy on government.

The Malawi Investment and Trade Corporation (Mitc) advances that insufficient job opportunities are a result of inadequate levels of investment, both foreign and local, in the country.

The 2013 United Nations Conference on Trade and Investment (Unctad) shows that Malawi only received 2.4 percent of all investment that flowed to southern Africa in 2012. The report was published in June this year, just few months before that frank statement by Japanese Ambassador Fujio Samukawa in December last year.

Samukawa, whose country is the world’s third largest economy, admitted that “he is finding it difficult to sell Malawi to Japanese investors because of its high transport costs, poor infrastructure and frequent blackouts”.

However, the fact that in 2012 Malawi attracted K44 billion (about $110m) in FDI, shows there are some investors that are interested in the country.

Clearly, such investors need to be cherished. As the country gears to solve its transport costs, poor infrastructure and frequent blackouts, there is a need for Malawians to have a positive attitude towards the current investors.

As argued by Greg Walker—general manager for Paladin Limited, the company mining uranium at Kayelekera, Karonga— potential investors look to the experience of those who have gone before as is part of risk analysis.

But how has Malawi’s attitude been towards existing investors?

The mining sector gives a good ground for analysis. This sector—which is among government’s priorities both in the short and long term as advanced in the Economic Recovery Plan (ERP) and Malawi Growth Development Strategy (MDGS) II—is quite central to the country’s economy.

In fact, even the trend of global flow of investment to sub-Saharan Africa, according to Chancellor College economics professor Ben Kalua, favours the mining sector.

With revelations that Malawi has a number of untapped minerals and rare earths, and again, with estimates showing that in 10 years, mining, if well utilised, could contribute 30 percent to GDP up from the current five percent, it is that Malawi woos more investors into the sector.

However, if there is a sector that has always been in the news for the wrong reasons, then it is mining. From Springstone through Kanyika to Kayelekera, the sector has always been a source of viral conflicts between communities and civil society organisations (CSOs) on one side, with government and mining companies on the other.

In Mulanje, Springstone Limited, a company exploring the possibilities of rare earths in Mulanje Mountain, is in and out of courts following the communities urge to stop the process. Led by comedian Bon Kalindo—who has even threatened to use traditional medicine—the communities argue the process is environmentally acidic to the mountain.

Similarly, there has been long existing conflict at Kayelekera Mine in Karonga, where Paladin invested $500 million—the largest single development project in the country to-date—in uranium mining.

But why is this the case?

An official working in the Department of the Geological Survey, who opted for anonymity, argues that most of conflicts being witnessed in the mining sector can be explained in two ways.

“We have a weak legal framework that gives much power to politicians to make deals with rich mining companies. The communities, most of whom do not have any idea about mining, are left out and the moment they beginning to understand, they cause a lot of problems,” he said.

He adds that there is a strong public feeling that some people are benefiting more from the current mining deals than others.

Agreeing with the official, in an article titled Kayelekera: Uranium Saga in Malawi, Institute for Policy Interaction (IPI) executive director Rafiq Hajat argues that the root of these challenges is the secrecy in which mining deals are done.

These arguments are in line with what some observers have said regarding the secrecy surrounding the awarding of licences to mining companies.

“In the same vein, it must be recalled that the power to govern in Malawi is derived from the people and must be exercised to serve, protect and promote their interests. Additionally, the Constitution enjoins the establishment of a governance system that will guarantee accountability, transparency, personal integrity and financial probity in the hope that this would enhance public confidence in public institutions.

“There is, thus, little justification for keeping the dealings between prospective corporations working in the extractive industry and the Malawi Government secret,” he said.

Minister of Mining John Banda argues that Malawians should differentiate between awarding a licence and entering into a contract.

“The awarding of a licence is a standard process that is guided and regulated by the Mines and Minerals Act or the Petroleum (Exploration and Production) Act. The law does not require public consultations on awarding a licence. There is a Licensing Committee that scrutinise applications for various licences.

“Government does not award contracts to mining companies. You are perhaps talking about a Mining Agreement, for instance, the one between Government and Paladin (Africa) Limited on the Kayelekera Mine. This has nothing to do with the Licensing Committee,” says Bande.

He says the Paladin Mining agreement involved negotiations between government and the company.

“The process involved the input of different Ministries, departments and other institutions,” he said.

However, with the Kayelekera Development Agreement not being accessible to the public, even to parliamentarians, the question of secrecy becomes valid.

That is why Nkhata advances that government needs to engage in meaningful and thorough consultations on the legal issues surrounding mining in the country. 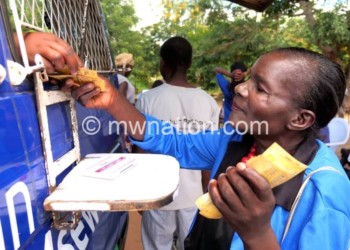 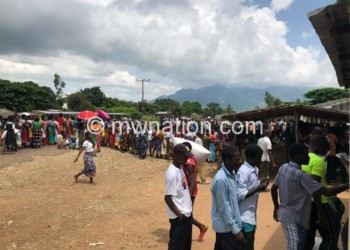 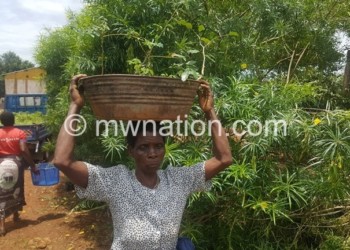