The immigration Department has been caught up in a financial abuse scam, including payments of allowances to spouses as well as to officers working within a duty station or for trips not undertaken.

A preliminary audit by the National Audit Office (NAO) covering the period between July 1 2012 and June 30 2014 has also exposed traits of fraud and corruption on how the department awarded some contracts.

In the report we have seen, the Auditor General (AG) office has since recommended criminal investigation on officers and suppliers involved in what NAO calls ‘a collusion’ and demands that dubious allowances paid out be reimbursed.

The audit report which reveals that over K136 million was lost through payment of questionable allowances and the suspected conspiracy on contracts based on sampled vouchers, said this was abuse of public resources which could have been used to provide better services to the people of Malawi.

But NAO spokesperson Rabson Kagwamminga said the report Nation on Sunday was referring to was in a draft form and is yet to be issued by the AG. He said regional offices may prepare reports but all are approved and signed for by the AG.

Kagwamminga said the report was not yet sent to the Immigration Department for their action.

NAO, in the audit report, has asked one of the former senior and influential officers at Immigration Department, name withheld, to reimburse K5.1 million he pocketed in subsistence allowances.

The department allegedly paid the senior officer unjustifiable allowances and some payments had overlapping dates, and it was doubtful, according to the report, if some of the trips were undertaken.

The audit report said this was an offence and urged management to follow up on the matter to see to it that such abuse is dealt with.

What appears as the most bizarre payments in the report is when the Immigration Department paid allowances amounting to K2 291 879  to officers’ spouses who were visiting State House [Sanjika Palace] and the rates used could not be traced to any government circular.

“This is abuse of public resources which could have been used to provide better services to the people. Management should make sure the funds have been reimbursed,” reads the report in part.

On this arrangement, 14 spouses received different allowances on December 5 2012 through different commercial banks.

The department on May 8 2013  also paid nearly K6 million to about 151 officers for attending a pass-out parade at Police Training School in Kanjedza, Blantyre.

“This is an inauguration ceremony for recruits upon successful finishing of their training. Being an event within duty station, it is not allowed to pocket subsistence allowance and if anything, the officers were to be given lunch allowances.

“As such, this is contrary to sound fiscal prudence to use public funds properly to improve delivery of public services,” reads the report in part.

The audit report also disclosed that K453 600 was lost through external travel allowance where some officers received allowances for trips outside Malawi which they did not undertake.

“Checking the dates for the claims and event dates as per invitation letters and details of the trips against passports, there are no travel details in the passports matching event dates confirming that the trips were undertaken,

“Management should follow up the matter and ensure that the funds are recovered as this tendency amount to abuse of resources which could have been allocated for other activities,” reads the report in part.

All these payments were approved by the then chief immigration officer Hudson Mankhwala, who left the department later, according to the report.

On maintenance, repair and electrical installation works, NAO found that the Immigration Department lost K7.4 million because there was no evidence to ascertain that claimed works were done according to specifications.

The list of companies that provided the services is in the report indicating amounts paid to them.

Mankhwala, when contacted on Wednesday to comment on the issues raised in the report, said he had not seen the report yet and would only be able to comment after seeing it.

Nation on Sunday, Blantyre office, delivered a copy of the report to him at his office, Ministry of Home Affairs and Internal Security in Lilongwe, and he confirmed in an interview yesterday that he received it on Friday, but requested that he comments on the matter this Tuesday because he was at a farm. n 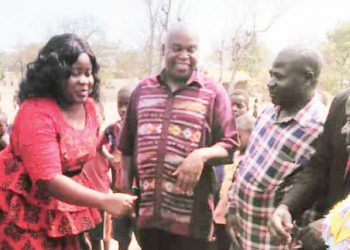 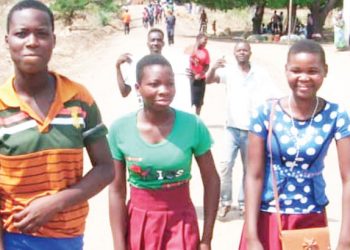