Seven years since revelations of Cashgate—the plunder of public resources at Capital Hill—about 60 percent of cases from investigations linked to the country’s biggest corruption scandal have been completed.

Information The Nation has seen shows that by November 2015, there were 124 Cashgate cases before the special Cashgate prosecutor Kamudoni Nyasulu, the Director of Public Prosecutions (DPP) and the Anti-Corruption Bureau (ACB)—the main prosecuting agencies.

In total, 94 suspects entered trial with 40 being convicted and trials for 19 suspects close to finalisation, representing a near completion rate of 64 percent.

Out of the 40 convictions— ACB alongside Nyasulu, has recorded 22 convictions and no acquittal.

Documents from the investigating agencies we have seen show that several cases have stalled without being taken to court and in some cases, other cases were taken to court, but with no progress.

The State is also not doing well in terms of recovery of proceeds from the disposal of assets after securing convictions in the Cashgate-linked cases, according to the documents.

The wheels of justice are grinding slower in the prosecution of most Cashgate cases, including the K2.4 billion case involving former Ministry of Finance budget director Paul Mphwiyo and 18 others. High Court Judge Esmie Chombo is scheduled to rule on tomorrow if the suspects have a case to answer.

Mphwiyo and others took plea in the case on November 1 2016, but the case has moved at a snail’s pace.

The slow progress in the prosecution of the case against Mphwiyo and others is a familiar scenario in Cashgate cases.

Commenting on the progress, private practice lawyer Jai Banda, whose expertise includes anti-money laundering law, on Thursday said there was a need for the country to learn from other jurisdictions such as South Africa which has a special unit for recoveries of proceeds of crime.

But he was quick to add that at the moment, the anti-money laundering laws have no loopholes despite being still in infancy.

Said Banda: “People involved in money laundering dispose of their assets quickly. They don’t keep cash. Secondly, to address delays in freezing assets, the best way could be where there are suspicions, they [prosecuting agencies] should move fast to freeze assets so that when there are convictions, the State can easily recover them before suspects hide the assets during the trial.”

Besides the delayed cases, the State has also struggled to recover proceeds of crime from Cashgate.

Further, the State also applied for confiscation of properties belonging to Wyson Zinyemba Soko who allegedly stole K40 million. The targeted properties include a Mercedes Benz and Toyota Fortuner vehicles.

In an interview last week, ACB director general Reyneck Matemba said most of the assets recovered from Cashgate suspects were in form of physical assets such as houses and vehicles.

He could, however, not immediately provide an estimate of the value of the assets.

On his part, Legal Affairs Committee of Parliament chairperson Kezzie Msukwa on Wednesday said while concerns of the slow pace were justified, the committee was briefed and is satisfied.

But he said the recovery of Cashgate proceeds could have been fast-tracked.

Said Msukwa: “Most of the cases not completed were attributed to the complexity of the cases. We need to update ourselves on the reasons.

“The other reason being inadequate lawyers for the DPP and ACB due to low infrastructure.

Commenting on delays in the Mphwiyo and 18 others case, DPP Mary Kachale said there was legitimate justification.

She said: “Has there been delay in this case? I would say that Malawians should understand white collar crimes. Cases of this nature need expert witnesses and there was a time when we had to adjourn cases because SoftTech, the experts, were not available on the date that was set. If witnesses are not available, you need to wait for them.”

In September 2013, Mphwiyo’s shooting at the gate of his Area 43 residence in Lilongwe led to revelations of the plunder of public resources at Capital Hill.

Then president Joyce Banda ordered an audit which British forensic auditor, Baker Tilly, undertook for a randomly selected six months period between April and September 2013. The audit established that about K24 billion was siphoned from public coffers through dubious payments, inflated invoices and goods or services never rendered.

In May 2015, a financial analysis report by audit and business advisory firm PricewaterhouseCoopers (PwC) also established that about K577 billion in public funds could not be reconciliated between 2009 and December 31 2014. The amount was later reconciled to K236 billion by another audit firm. 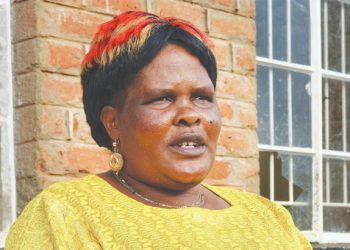 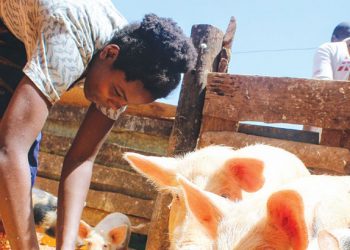 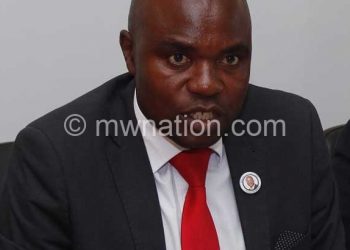