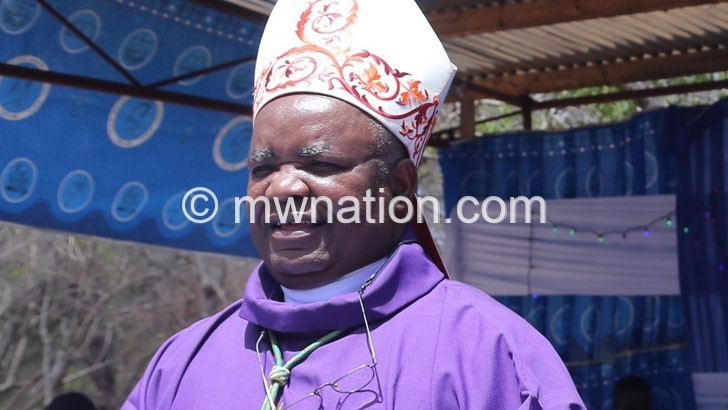 He said: “If you look at how utility tariffs are raised, for example, one would expect that government would factor in that in the support to our schools. But instead, we are forced to raise fees in order to cover such costs. That is how you should understand the bishop’s anger.”

Mtumbuka, who presided over the commemoration and celebrated Holy Mass, accused government of lacking the desire to sufficiently support grant-aided schools. He also bemoaned delays in approving permits for expatriate staff.

The bishop described the civil service as a ‘disaster’, saying there was no efficiency in processing and approval of temporary employment permits (TEPs). He said some of the church’s volunteers have been on the waiting list for up to five years.

But Ministry of Home Affairs and Internal Security Principal Secretary (PS) Sam Madula has disputed the bishop’s assertion on TEPs, saying it does not reflect the situation on the ground.

The PS said: “In fact, figures indicate that in 2018 alone we have approved 181 applications from the Catholic Church for TEPs. The only problem is that some of the volunteers come on a visitors’ visa. The procedure is that they are supposed to apply for TEPs while still in their countries of residence.”

However, a list of approved applications for TEPs from 2017 to 2018 for the Catholic dioceses in Malawi shows that the highest number of approvals in 2018 were 54 in April, 42 in July and 27 in March.

The list also shows that in 2017, at least 138 applications for TEPs were approved by the ministry.

Madula’s response followed a statement from Ministry of Education, Science and Technology (MoEST) which faulted the Catholic Church for taking to the podium to discuss the issues instead of using official channels of communication.

In a statement signed by MoEST PS Justin Saidi, government said it provides salaries for teachers and support staff as well as teaching and learning materials.

The PS was quick to dispute that government only provides K80 000 monthly to grant-aided schools for utility bills, saying the allocation varies from one school to another.

But a MoEST source confided that grant-aided schools receive K540 000 a year, translating to K180 000 per term to cover electricity bills that hit up to K2 million per month. Besides, the schools are also supposed to cater for water, transport and other expenses.

In contrast, government secondary schools of similar status—equal enrolment but in a different education division—get K960 000 per year (about K320 000 per month) again on inconsistent basis.