CCAP encourages its faithful to vote

Blantyre Synod of the CCAP has encouraged its members to vote in the May 21 Tripartite Elections, to elect God-fearing leaders.

Pastor for Likweza CCAP Presbytery Rev. Wilson Kazembe made the remarks last Tuesday during a political debate organised by the National Initiative for Civic Education (Nice) Trust in Mulanje.

He observed that there are some religious leaders who are discouraging their followers from voting on the basis of beliefs—a situation he said was worrisome.

“It is the duty of every Malawian to vote in the forthcoming elections. If we say we will not vote because of our religion, then we lack vision because we will end up being governed by wrong people,” he added.

On political violence, Kazembe appealed to all candidates to embrace peace during the campaign period, saying people may have political differences, but remain Malawians.

“There are many of you here, but only one person will be voted into office. Malawi cannot develop if its citizens do not love one another. We need to work together as one regardless of our political or religious affiliations,” he said.

Kazembe disclosed that the faith community in Mulanje has organised prayers in May, at Mulanje Stadium, to pray for peace during the elections.

“The fact is that the country cannot develop without peace even if our leaders have good development plans. This is why we thought of organising prayers so that we can unite in politics for a peaceful election,” he said.  n

When to raise issues in a relationship 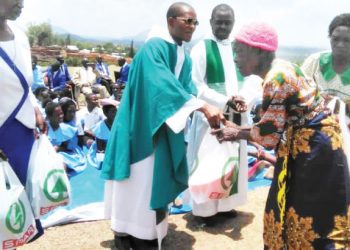