Chrissy Chidikha of Kadzumba Village in traditional authority (T/A) Maseya in Chikwawa has lived a miserable life. She is a victim of flooding in the Shire valley.

The 51-year-old does not hide her discontent at how her family squeezed in a tent due to floods, a typical example of climate change effects faced not only in Malawi but globally. To make matters worse, all her land is submerged in water, leaving her with no food to feed her husband and three children.

And when the flooding period is over, her land situated 100 metres from the Shire River is left with so many swamps, potential areas for winter cropping and the practice of Climate Smart Agriculture (CSA).

“I have lived a miserable life such that even after the floods, dependency on handouts was the order of the day,” she said.

Like Chidikha, Donasino Kuleti, who has seven children, is another villager from the same area, who has no kind words for floods. He too has depended on relief support for a living, which is not enough to take them throughout the year.

“The relief support is not always enough and it is a challenge for us. This is why life without food is meaningless and in fact, you cannot raise a family by begging,” he said referring to how bad it is to be a flood victim.

Such perennial problems are history for both Chidikha and John since Stephanos Foundation introduced small-scale farming and winter cropping activities on floody waters and swamps.

Communities have also taken upon themselves to ensure that once floods are over they grow crops such as rice, sweet potatoes, beans and maize to save their families from hunger.

Said Kuleti: “We missed the point as we did not think of growing crops or practising climate smart agriculture in our areas so that we harvest before the rainy season.”

Upon a visit to Kadzumba Village last Friday, John, Chidikha and other villagers were busy watering their crops using cans and treadle pumps. The crops look promising.

“I have four plots of rice from which I expect to harvest more than 22 bags. At the same time we are also into crop diversification because I also grow maize and beans,” said Chidikha.

Previously, she used to harvest less than four bags of rice from the area. However, all that changed when Stephanos Foundation introduced the food security programme through small-scale farming and crop diversification.

On the other hand, Kuleti has a farm where he plants trees whose leaves revamps fertility of soils after a thorough decomposition process.

Stephanos Foundation has similar projects in Nsanje, Zomba and Blantyre to ensure that flood affected people have food.

He hinted that K15 million was pumped into the programme to alleviate human suffering in the aftermath of floods through irrigation and crop diversification.

What communities and Stephanos Foundation are doing are in tandem with a broad range of agricultural water management policies and technologies.

These policies and technologies contribute to mitigation and adaptation through sustainable land and water management (SLWM) practices championed by TerrAfrica, a component of Nepad across the Africa region.

For Nepad officials many of these practices such as mulching, green manures, conservation tillage and conservation agriculture help land users to adapt in areas predicted to receive lower precipitation.

Nepad has also discovered that under present conditions, much rainwater is lost to agro-ecosystems as, for a variety of reasons, it does not infiltrate the soil but rapidly runs-off overland, limiting water availability for plant and crop growth, removing topsoil and deleteriously affecting hydrological regimes.

Besides rainwater such initiatives, a study of Malawi’s potential for irrigation carried out recently identified 57 potential sites.

Seven are in the North, 12 in the Centre and the South has 38. Of the sites in the South 25 are in Shire Valley, which is prone to floods annually.

With Malawi’s population hovering around 16 million and 80 percent living in rural areas, agricultural experts feel the crop diversification and adoption of the system would help at the dependency on fertiliser and rainfall. 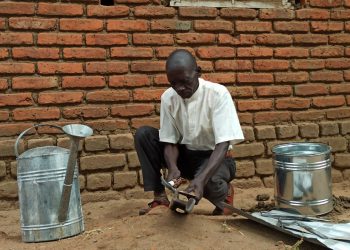 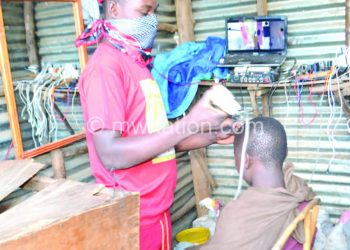