For Chikondi Mlozi, 24, being born to a teenage mother in the early 1990s meant her growing up in her grandparents’ home.

She became the last born in the family of 11 children and spent a good number of years in rural Salima, where her grandfather worked as a civil servant. 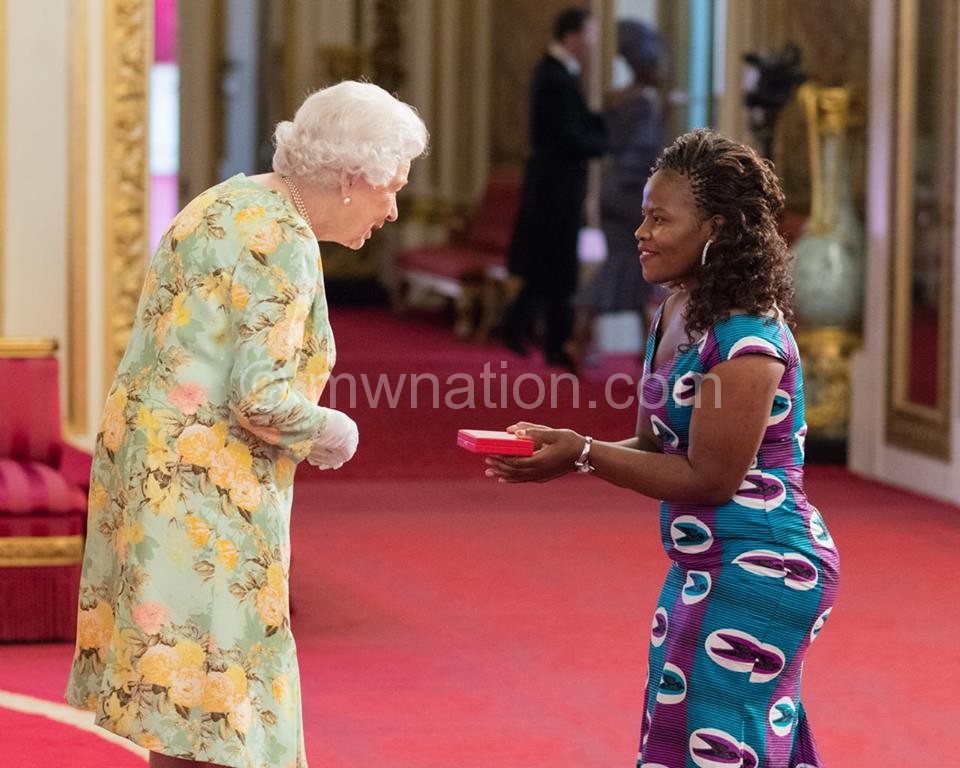 However, her grandfather, who was the breadwinner died in 2001, a year after his retirement.

“Before his retirement, things were better as he earned an average income and we lived in government houses, which were more decent.  After his retirement and later death, life became really hard for us.

“We travelled long distances to fetch water; grandmother struggled to get basic needs for the big family, and apart from farming, she used to sell fritters. She employed a boy to sell, but we had to assist during the weekends, in order to make more sales,” says the 24-year-old.

They also had to assist in the farm with lighter tasks such as planting and harvesting, but it was still hard for her grandmother to get enough.

“We lacked most of the basic needs but grandmother ensured that we never missed school even if it meant having maize porridge with salt, instead of sugar,” she continues.

Living in rural Salima, she remembers her friends, some as young as 11, being married off, including her closest friend.

“I saw how they struggled to be young wives and young mothers; how their health deteriorated and how their lives ended up in extreme poverty. I told myself that I never wanted my life to end like any of my village folks. I dreamt of something different,” says Mlozi.

As she grew further, she says she witnessed several cases of abuse among young girls, some of whom were close to her. What was more heartbreaking, she says, was that the perpetrators got away with it because of cultural factors and corruption within the justice system.

“The victims were criticised and no one cared to provide an atmosphere for them to express themselves freely about their experiences as well as provide counselling to assist them to heal from the emotional trauma that they had to go through,” she says.

This aroused her desire to stand up for the rights of women, especially victims of human rights violation.

She realised that to change the situation she needed to get herself empowered first and come back to help others to get empowered.

She worked hard in school and happened to be one of the only two selected to Chancellor College from Bwaila Secondary School in 2010. This is what also drew her to Youth Net and Counselling (Yoneco) as their work is in line with her own passion.

She needed a strong platform to be able to solve the social ills which had for the longest time been breaking her heart. It is through her work at Yoneco that she was honoured by Queen Elizabeth II of Britain with the Queen’s Young Leaders Award at Buckingham Palace in London on June 26 2018.

Mlozi is the district coordinator at Yoneco, mainly providing counselling to victims of human rights violation, as well as strengthening the referral system to ensure that the rural masses have equal access to key services such as legal, health and social support just like everybody else when their rights have been violated.

Despite all their efforts in helping women and children, she notes that the behavioural change interventions take time for one to see the impact, which calls for patience.

“Most young girls are raised in families that still make them believe education is not important for women. So, everything that they are socialised into is mostly aimed at preparing them for marriage. So, it is quite confusing for them to be told something different as they advance in age. That is why you find that some girls who have full education support still drop out of school for the simple reason that they just wanted to get married,” she narrates.

The rights advocate advises young girls that the challenging situations they face today should be a motivation for them to work hard.

“Patience, hard work and determination will always pay off in the end. Look at the greater picture and don’t get carried away by minutes of pleasure which would ruin your entire future. Early marriages or prostitution do not bail one out of poverty, but rather put them in more lifetime troubles. So, please take care of yourselves and make decisions that you would be proud of later in life,” she advises.

She also encourages young girls to find mentors, adding that she has been blessed to have so many of them along her way.

“I could not have made it this far alone and every young girl needs such a strong support system,” says Mlozi, the first born of three girls in her family.

The Chancellor College graduate was born in Karonga on August 28 1993. Her grandparents were originally from Traditional Authority Chiwere in Dowa, but they resettled at Kambwiri Village in Salima.

She had her first internship at Maziko Radio Station at Area 18, Lilongwe in 2014 when she was a third-year student at Chancellor College. She also volunteered with Young Politicians Union as an intern, where she enhanced her public speaking skills.

After graduating at Chanco, she volunteered with Forum for African Women Educationalists in Malawi (Fawema) where she mentored young girls and facilitated a number of trainings aimed at keeping girls in school, as Fawema Alumni.

She also had a stint with Centre for Youth Empowerment and Civic Education (Cyece) before joining Yoneco in December 2016. She is also volunteer ambassador for Maphunziro265, which focuses on mentoring young people and introducing them to various opportunities that are available for them to pursue.

In addition, she is a cohort seven alumni of the Young African Leaders Initiative (Yali) Southern Africa and an alumnus for Mandela Institute for Development Studies (Minds, 2015).

Mlozi notes that it does not matter how old you are to start making a difference in the world.

“God has blessed us with what we have—from talents to time or skills for a purpose, most of which is to benefit others. Let us not be selfish. Find out what your purpose is and start pursuing it now. What matters most is what you can do with the time that you are left with,” she concludes.