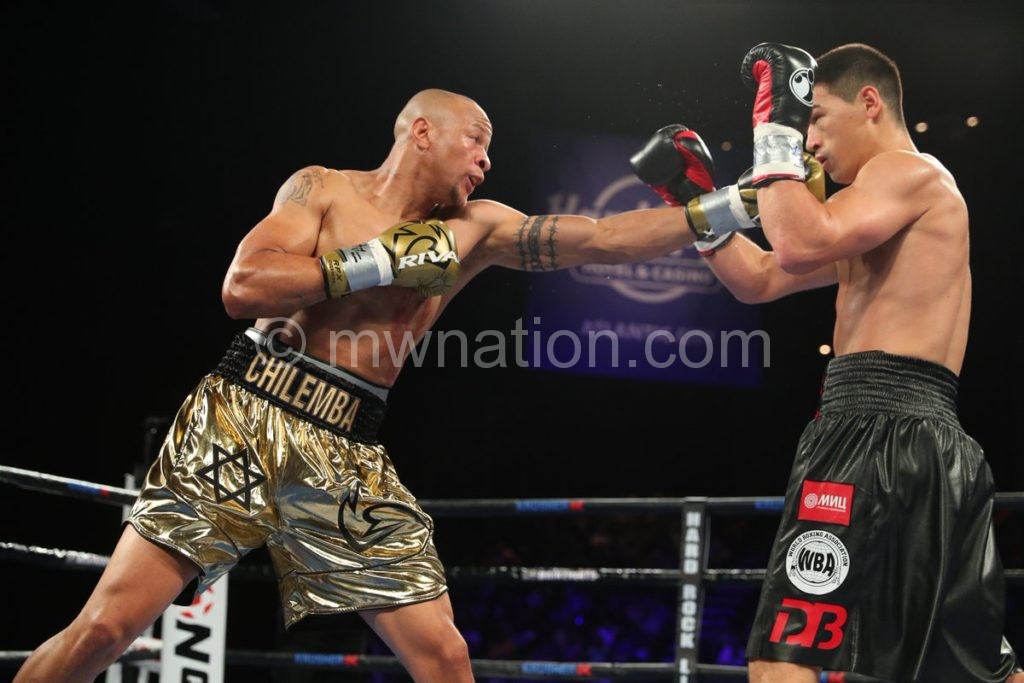 In a bout monitored on YouTube, Chilemba showed some flashes of his old self with some powerful jabs that often caught his opponent off-guard, but  it was Bivol who showed off his superior skills and won in dominant fashion.

He won by shutout scores of 120-108 on scorecards from judges Eugene Grant and Ron McNair, and George Hill scored it 116-112.

Chilemba, whose record now stands at 25 wins (10 KOs), six losses and two draws, could not be reached for comment yesterday, but prior to the fight, he had vowed “not to let it slip through my hands”.

And in a post-bout interview, Bivol was all praises for the ‘Golden Boy’, saying:  “Chilemba is a good fighter and he had champion spirit tonight.

“He is a strong fighter. I want to fight more good fighters. I don’t know who my next opponent will be.”

And according to kweseespn.com, Bivol (14-0, 11 KOs), 27, attacked Chilemba from the outset, driving him back with right hands and body shots. Chilemba, who is trained by all-time great Roy Jones Jr, had little to offer at times except the occasional hook and jab that was short of its target.

But Bivol, who is composed and deliberate, didn’t keep up the fast pace, although he consistently scored with his jab and combinations to pile up points.

Though Bivol was in command all the way, he never stepped on the gas in an effort to get rid of Chilemba, who was outclassed.

There were a few good exchanges, including in the ninth and 10th rounds, but they were few and far between.

Chilemba dropped to 1-4 in his past five fights, albeit each loss to a top opponent in Bivol, Alvarez, Kovalev and Oleksandr Gvozdyk. He is also 0-2 in world title fights, having lost a decision to Kovalev in 2016.

Be wary of future with DPP—Chilima

Be wary of future with DPP—Chilima