Chilemba plans to fight in Malawi 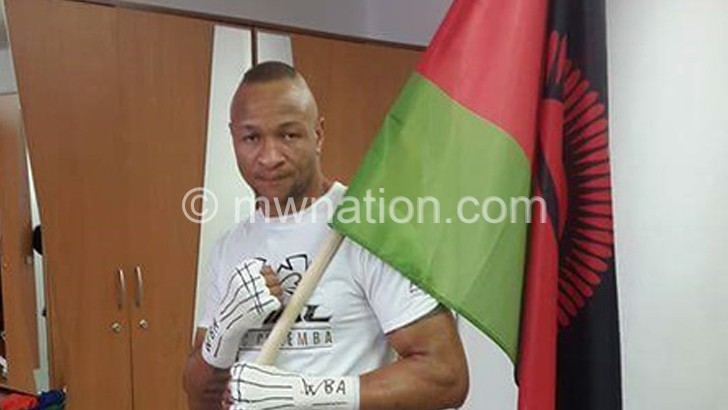 However, the 31-year-old boxer, who has never fought on home

soil since he turned professional in 2005, said the bout hinges on government assisting him in certain areas.

“There are some areas in which I will  require government’s assistance and to that effect, I spoke to the Minister [of Labour, Youth, Sports and Manpower Development] Francis Kasaila about my plans and I also requested to have an audience with His Excellency the President which will include WBF president Howard Goldberg and my manager Jodi Solomon.

“The WBF and Markic’s team have already accepted to have the fight in Malawi provided some of the conditions are met. The only drawback is that I face a race against time to confirm the bout as I am yet to get the feedback from the minister. So, I am just keeping  my fingers crossed that it will work out soon,” he said.

Chilemba, who boasts 25 wins (10 knockouts), six losses (one KO) and two draws, said he is excited with the prospect of fighting in his home country.

“The feeling about fighting in front of my home fans is amazing as it has always been my dream,” said the former International Boxing Organisation (IBO) world super middleweight champion.

Kasaila, who has accompanied the President to the 73rd United Nations General Assembly (Unga) in New York, had not responded to our questionnaire on the issue yesterday.

But Malawi Professional Boxing Control Board (MPBCB) chairperson Lonzoe ‘Defector’ Zimba said it will be exciting to see Chilemba taking to the ring on home soil.

“It is something that boxing-loving Malawians have been looking forward to for some time and as MPBCB we are ready to accord him all the support to ensure that his dream materialises,” he said.

He won the WBF light-heavyweight title on May 19 this year after stopping German puncher Denis Liebau (23-1, 21 KOs). n